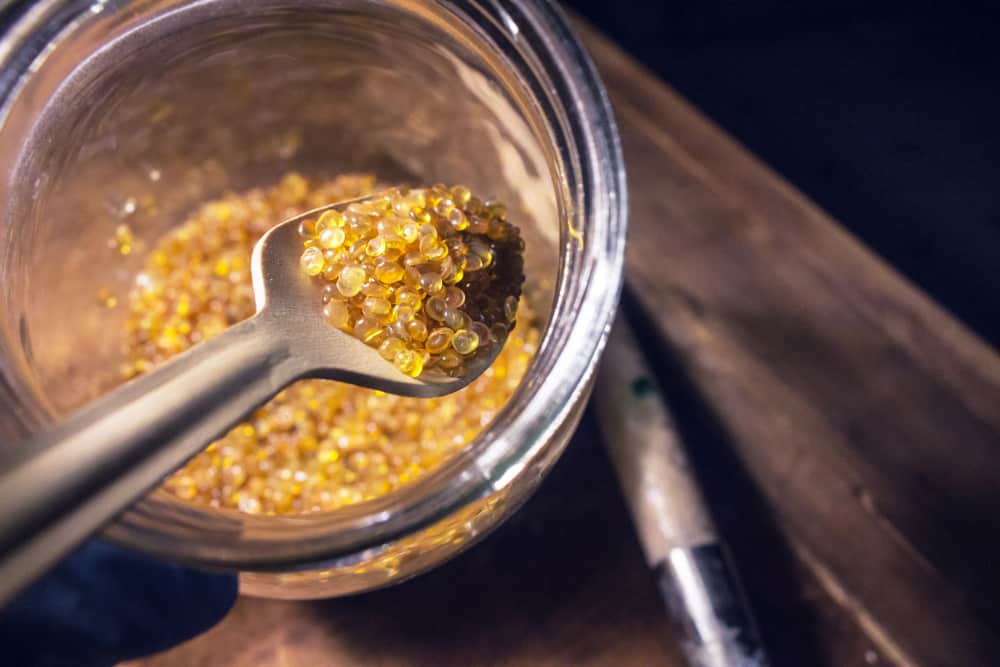 Legend has it that horses were practical in the process of glue-making, particularly older equines. People needed a sticky substance to make glue, so they had to find it in nature. When it dawned to them that the needed material exists in joints, bones, and hooves of animals, the ball started rolling.

Although this habit might have been dominant in the past, today is another story. In modern times, glue sources are versatile but may sometimes include animal-based ingredients.

This article will demystify some common delusions about glue production from horses. We will also explain how animal adhesives serve people today.

The Timeline Of Glue 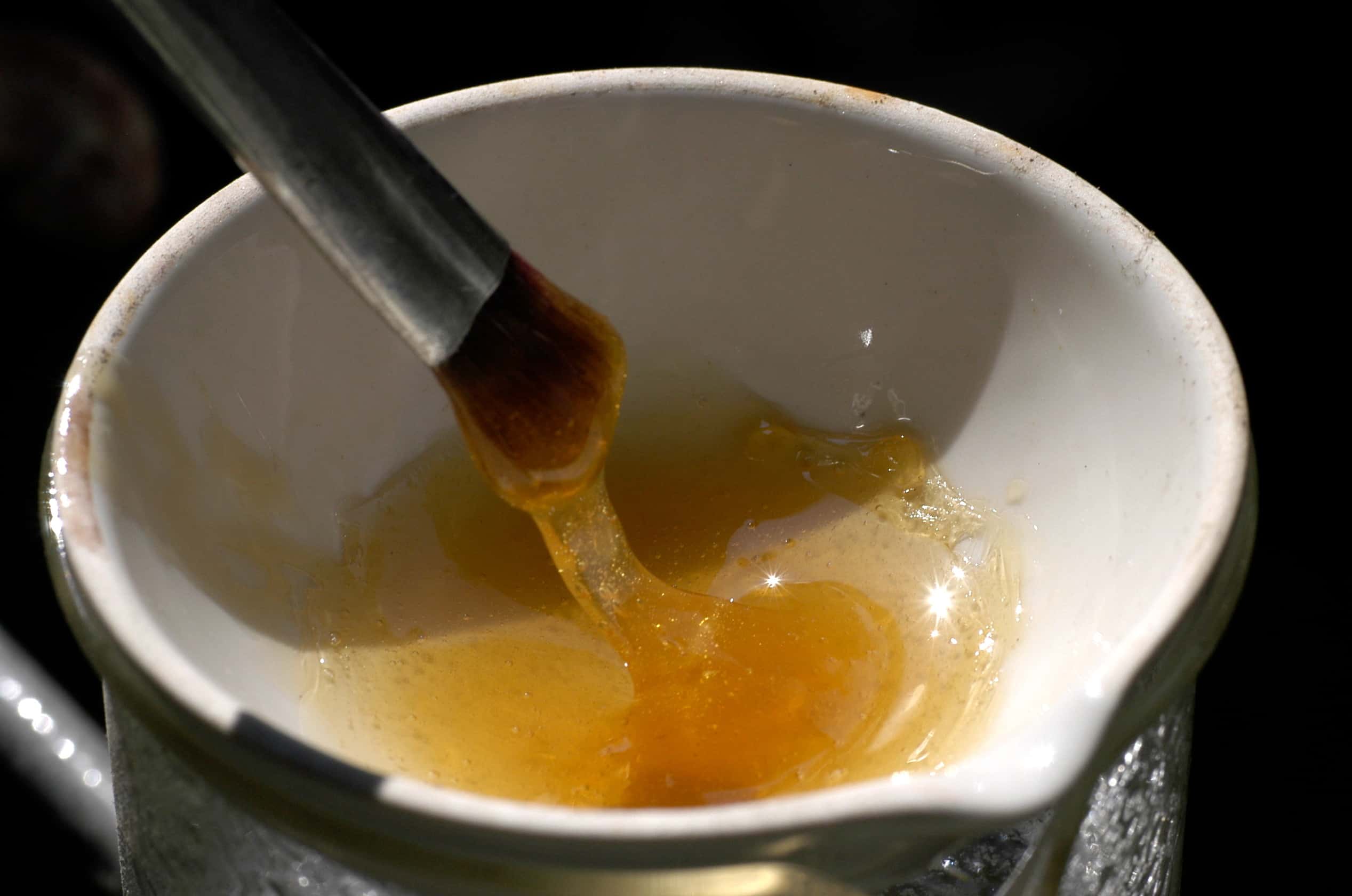 Glue history dates back to prehistoric times when people started walking on two feet. The earliest records show that our ancestors needed adhesives to make tools to survive. Hence, they tried to find sticky materials in their surroundings to serve the purpose.

The earliest glues came from birch tree bark over 200 thousand years ago. About 5,200 BC, people in the Middle East and Europe created a more advanced tar-based version by birch bark heating. The first animal glue, which was rare and expensive, originated in Ancient Egypt about 4,000 years ago.

In Ancient Rome, people used adhesive in building construction and ornaments. Similarly, the Chinese made glue to help them make furniture and preserve images around 1,000 AD. Limited animal glue was also evident on other continents.

With the onset of the Renaissance in 16th century Europe, natural bonding use spurred woodwork and shipbuilding. Fashionable furniture and wooden instruments came into existence. More and more factories emerged and used animal-based glues bought from individual owners and meat factories.

In the 19 century, rubber-based adhesives appeared. Modern versions emerged in the 1930s when chemists developed 100% synthetic products. The ultimate animal-free glues for commercial use came in 1958 in the form of Super Glue.

Do People Make Glue From Horses? 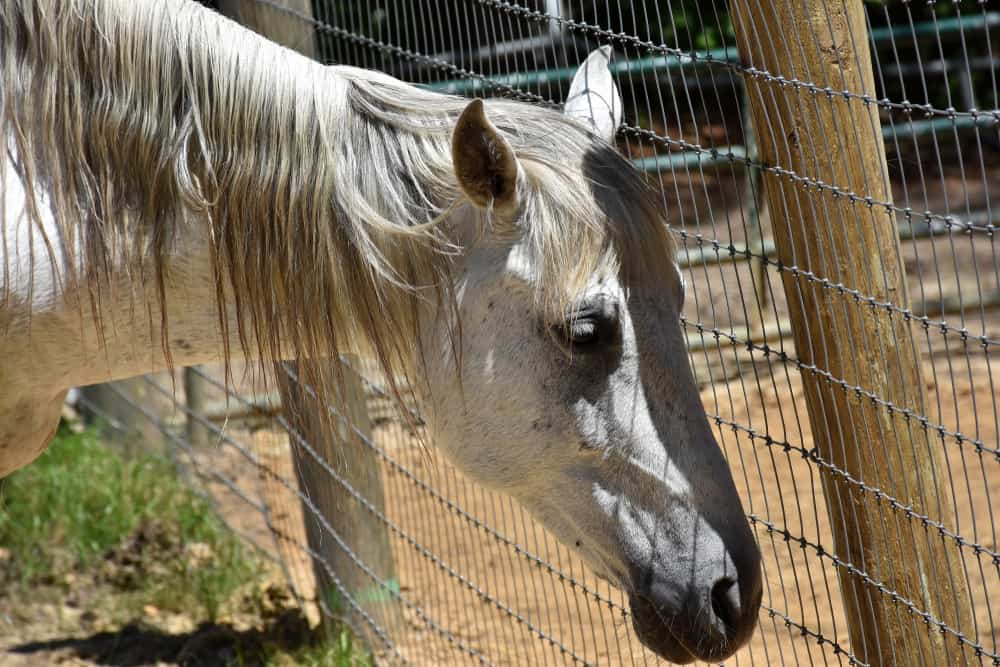 At present, producers don’t make adhesive from horse bones and hooves. On the contrary, glue products today contain synthetics and have replaced their natural counterparts. As a result, the practice of boiling horse feet and cartilage has slowly died out.

However, people relied on natural resources from animals to manufacture adhesive for millennia. The turning point in glue production came when PVA came on stage. Thanks to these multi-ingredient synthetic mixtures, people can use bonding with improved performance for multiple purposes.

Finally, though horses don’t have the same cruel fate as their ancestors, not all animals are spared. Some adhesives you can buy at any regular store still come from animals, including fish and rabbits.

Animal glue is also present in products, such as marshmallows, gelatin desserts, photographic films, and pharmaceutical capsules. These uses come down to the fact that natural glue from animal hides and bones is non-toxic, biodegradable, and recyclable.

How Does Glue Come From Horses? 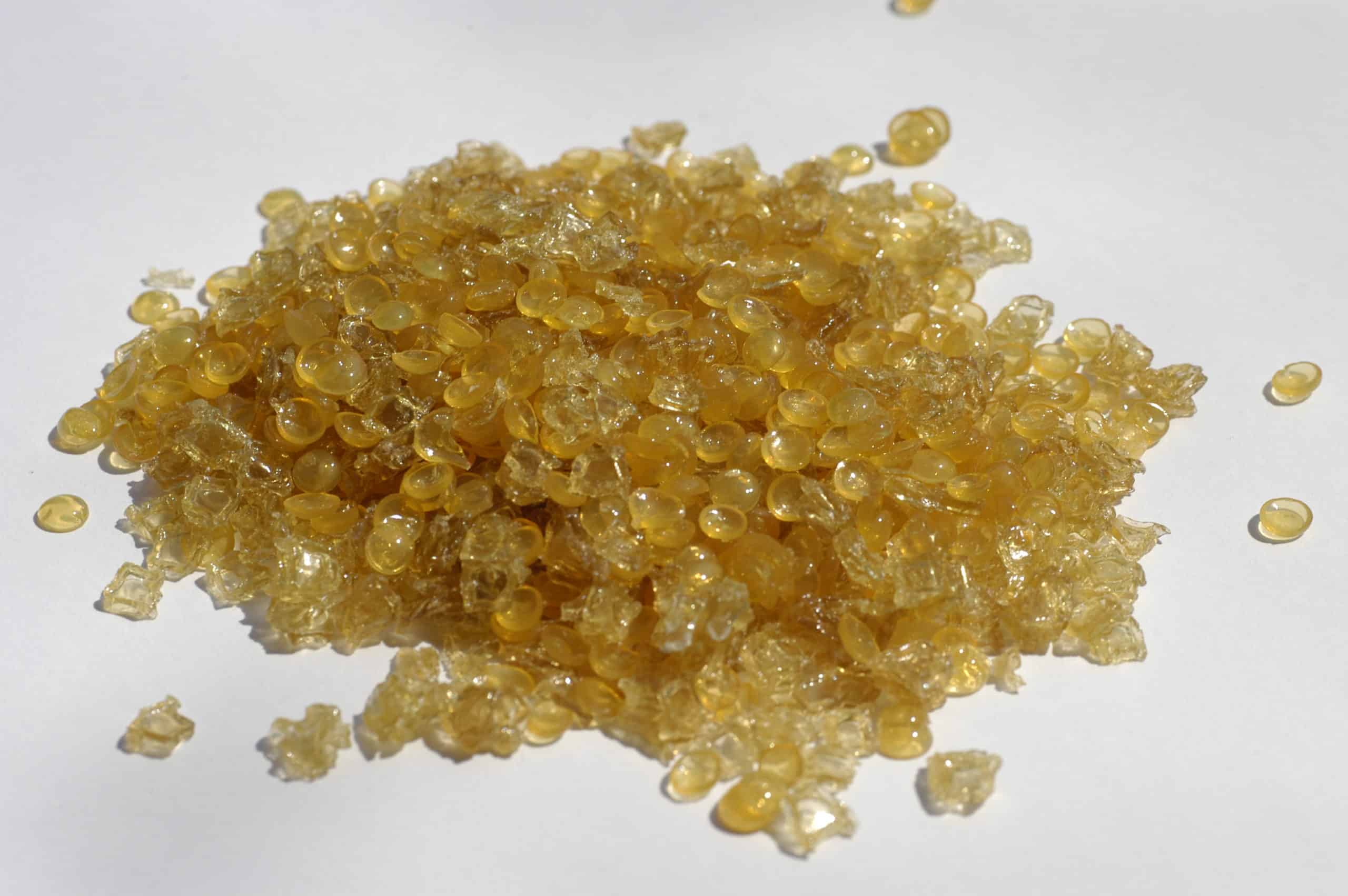 It is not a secret that people used various horse parts to produce glue. Unlike other animals, horses have a lot of collagen – the essential glue ingredient. This protein is sticky and found in the skin, bones, cartilage, muscles, and ligaments of equines and other animals. Once dry, it becomes a solid substance.

The first phase of the process included collecting the necessary body parts. Next, people would clean the dirt and put the material into boiling water. Collagen would quickly turn into gelatin form, and with little filtering, all the impurities got removed. A few minutes later, people could use the glue as planned.

Why Would Someone Use Horse Glue?

Some producers still distribute animal glues but in smaller quantities. Today, several manufacturers in Canada and worldwide engage in the glue-making business. These factories use dead animal organs to produce the sticky substances found in the glue.

Some people prefer natural over synthetic adhesive since the former has unique qualities that no artificial process can reproduce. Since animal glue dissolves in water and binds slowly, it has a few incredible uses. For instance, when items must get separated during construction, horse glue can help.

Other specialty purposes include piano repairs, medical procedures, glass art, antique restoration, and bookbinding. Horse hoof paste is a valuable material in cabinetry and woodworking projects, as it doesn’t leave any traces. The process involves applying hot glue first and then spreading it with a brush.

Again, since natural glue sets slowly, it gives users enough time to do fine work that may need reconsidering. Thanks to alcohol or steam, the bonding agent can easily separate. Conversely, artificial glues are more advanced, cheaper, with long shelf lives and uniform quality. 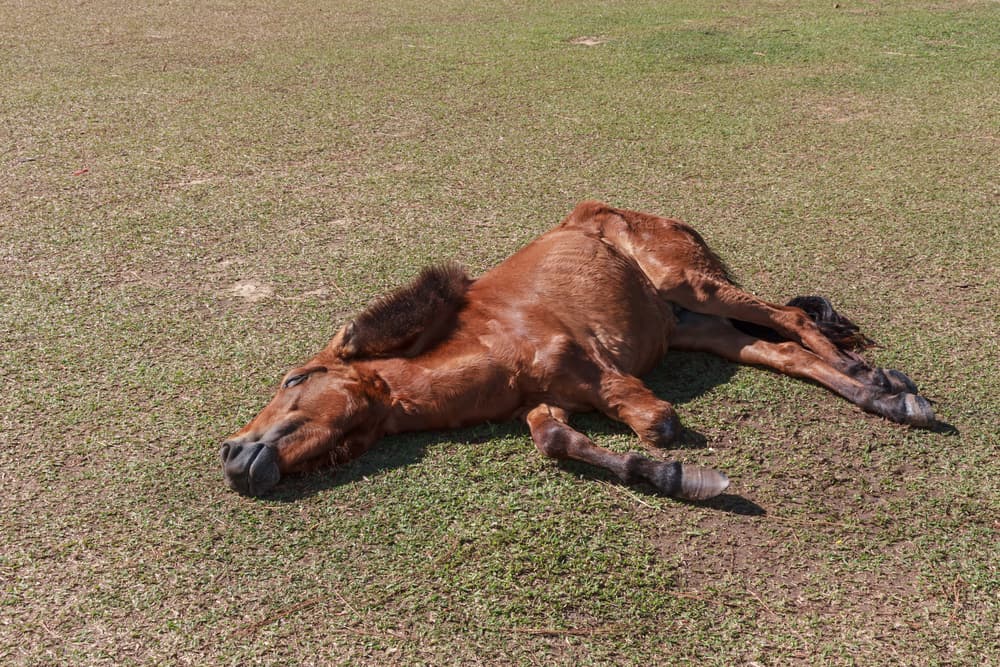 Claiming that a factory would kill a healthy horse for the glue is pretentious and far from the truth. Indeed, we rarely see dead and sick animals turned into glue. However, supporters of natural adhesive explain that utilizing materials from dead horses shouldn’t horrify anyone.

An animal that is no longer alive can play an essential role in its aftermath. Often, dead animals get transported to neighboring countries and harvested for the delicious meat. Sick horses can also get slaughtered and spared from misery. Hence the saying for a dead horse – sent to the glue factory.

What Else Do We Use Dead Horses For Today?

In 2007, Congress banned horse meat for eating purposes. The decision got reversed in 2011, and today, only a few states prohibit horse slaughter. Hence, no practical reasons to avoid consuming equine meat exist. Yet, the thought of eating horse meat horrifies most Americans.

Another plausible use is to give dead bodies to predators in zoos. Instead of throwing away the abundant meat, zoo animals can have an exclusive feast.

Finally, gelatin from equine hooves helps produce gummy bears and Jell-O. Thanks to the soft and sticky texture, glue from bones, muscles, and cartilage is widely present in the food industry. Horsehair is preferable for making fishing lines, too.

Which Animals Get Used For Glue Production? 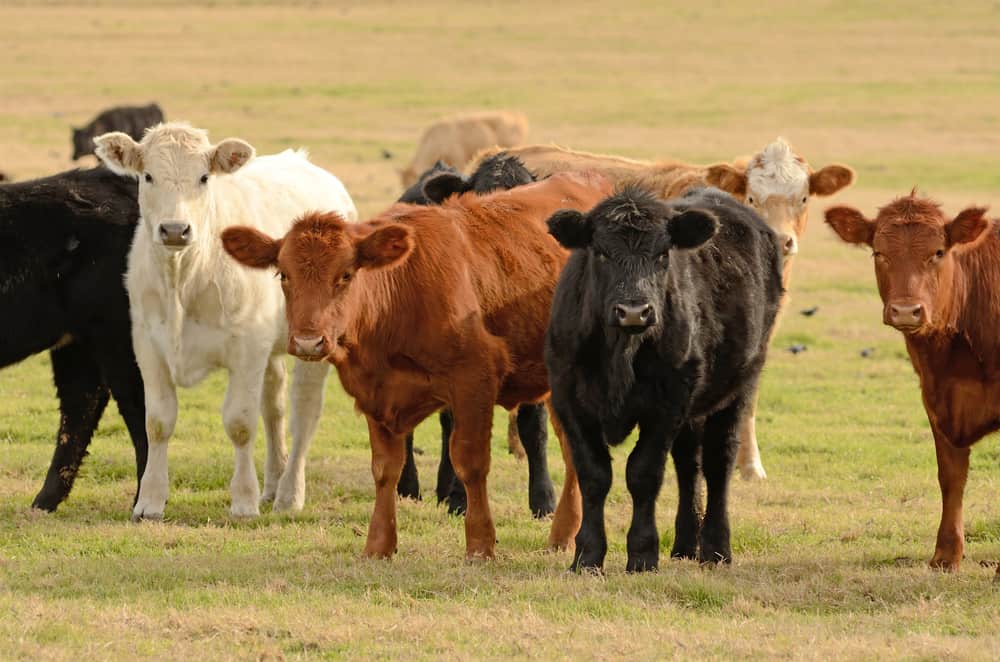 It’s not only horse connecting tissues that help produce natural adhesive. Other animals share the same destiny, though under less cruel circumstances today. Besides equines, the most common species used for glue making are fish, rabbits, and cattle.

These animals contain a high percentage of collagen in their connecting tissues, skins, and bones. Though people mostly use cattle and horse hooves for higher quality glue, rabbits and marine animals are common, too. Many use and appreciate fish glue for glass art, artifacts conservation, and ceramics.

In stores, you can find animal glues for various commercial purposes. Typical packaging comes as hot melts, pellets, or liquid solutions. As for the shelf life, all sealants besides OBG can last up to 12 months. OBG hide adhesive, on the other hand, is more durable and expires 18 months from production. 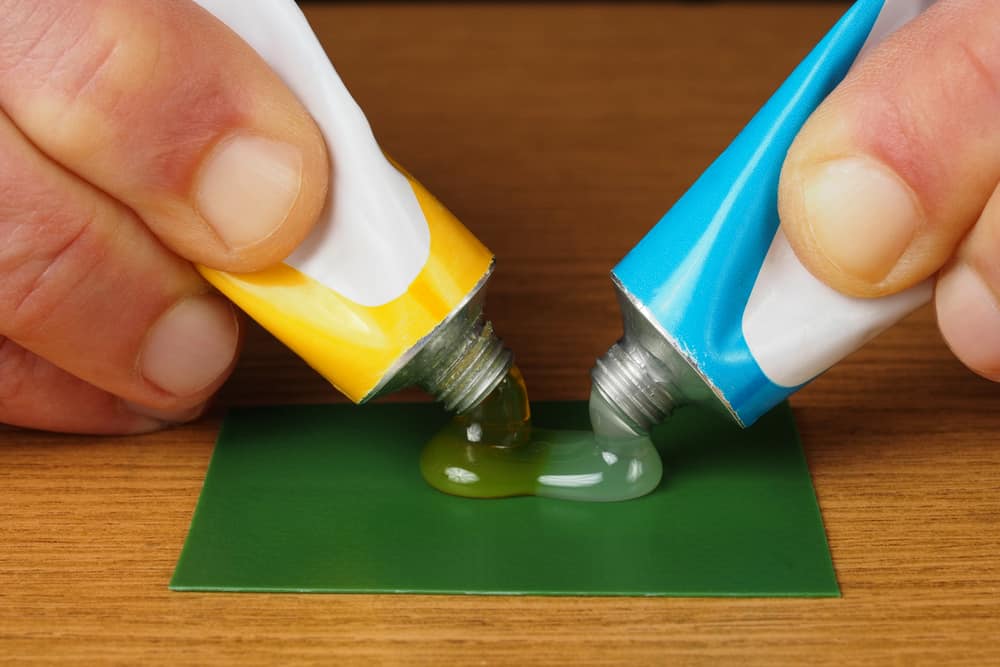 Luckily, humanity has found other effective ways to produce adhesives artificially. The predominant high-quality glues today contain polyvinyl acetate or PVA. This synthetic resin is super-strong and durable for prolonged periods. Plus, PVA-based products can get applied on various surfaces.

Synthetic glue costs less to produce, and working with it is straightforward. You can keep it at different temperatures without hardening until you open the bottle. Also, while hot glues can break in severe weather, acrylic versions can endure cold temperatures, making them the perfect outdoor sealant.

How To Make Glue At Home?

The easiest way to prepare homemade glue is by mixing flour and water. Though the paste won’t have superb adhesive quality, it will work on paper and other easy crafts. All you need to do is mix a half cup of flour with water to get the ideal consistency. Adding a bit of salt will prevent mold from forming.

There are many other DIY glue formulas you can try out if you want to avoid store-bought products. Some require milk, vinegar, and baking soda in specific quantities. For those who prefer a vegan alternative, try a mix of water, flour, sugar, antiseptic mouthwash, baking soda, and vinegar.

Though rarely, a few adhesive types still come from horse bones, muscles, and tissues. As large-sized animals, equines and cattle can provide a massive amount of collagen to produce natural glues. And while many accept processing dead horses for practical reasons, selling horses to make glue is off-limits.

Hopefully, this article resolved a few dilemmas you might have had. What is your opinion on the topic? Do you agree with using dead animal bodies to produce adhesives? Please, share your thoughts in the comments below and keep reading us for more high-quality horse content.