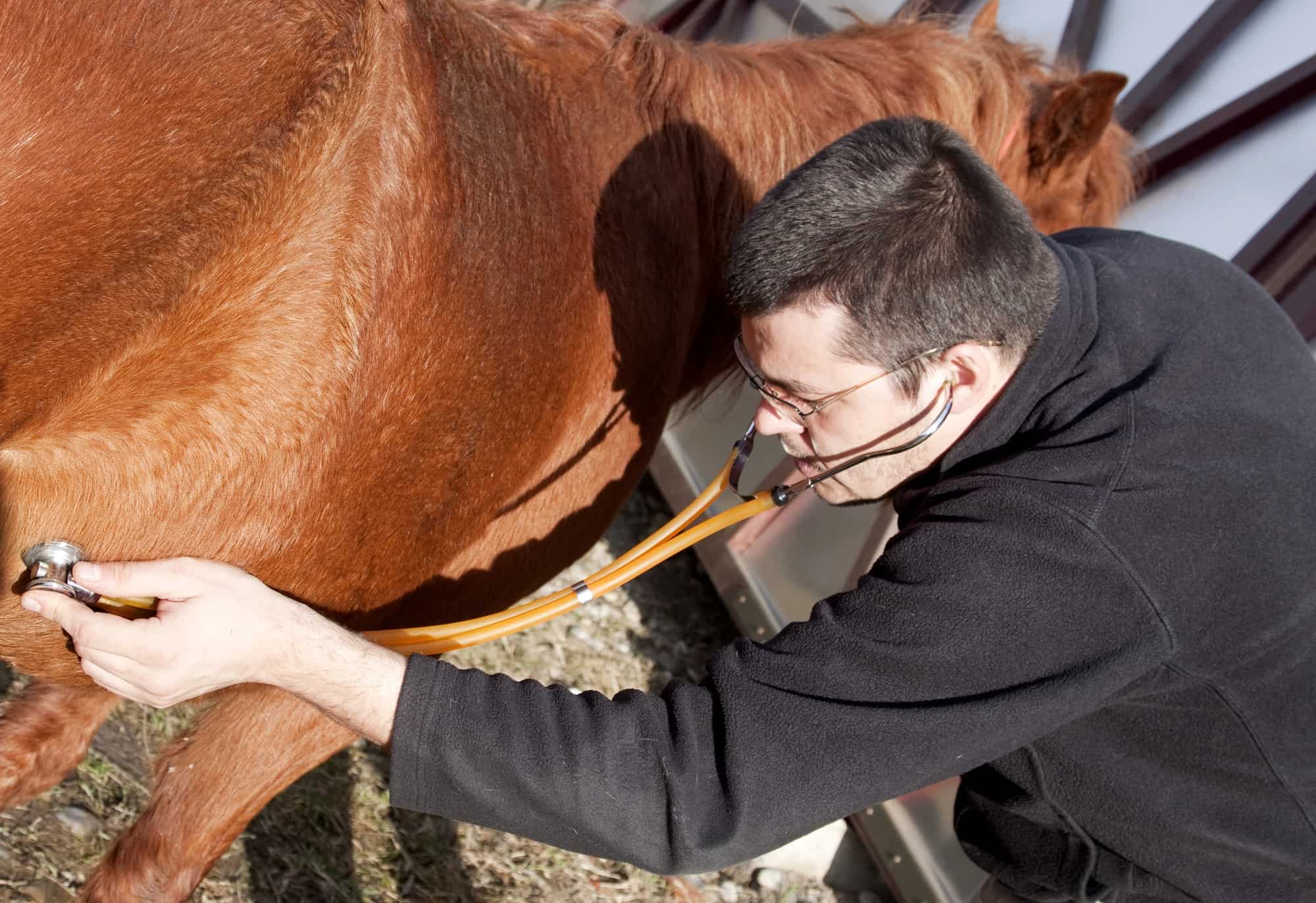 People always consider pregnancy a delicate condition, and there is no significant difference in animals. When it comes to horses, such an opinion results from mares’ relatively poor reproductive performance compared to other domestic animals.

As a conscientious owner, you can ensure that your mare’s pregnancy with some increased attention and care can progress without discomfort. However, no matter whether you breed these magnificent animals for enjoyment or exhibitions, the crucial question is how long a horse is pregnant.

The Ideal Age for Breeding Mares

A mare can get pregnant as early as 18 months. Still, the ideal age for breeding is when it turns at least four years old. Premature breeding can often have harmful consequences for the mare. Therefore, it is better to wait for it to fully mature.

Plus, there is no reason to start breeding too early since female horses can get pregnant until their late 20s.

The mare is a seasonal polyestrous. Although it can sound complicated, it only means that mares go into heat (estrus) only from spring to late summer or early fall. Horses are sexually receptive and fertile every three weeks during this period.

Because seasons affect pregnancy, monitoring of these cycles is crucial since it influences the planned breeding. Interestingly, mares bred in the first quarter of the year usually carry foals longer than expected. On the other hand, those bred during spring and summer almost always have shorter pregnancies.

Mares’ weight can also affect the pregnancy length. The thinner and smaller mare will carry the foal longer than the heavier ones.

Some breeders manipulate the mare breeding cycle and simulate the first spring days by using artificial light. That is how to introduce the mare into the heat earlier and achieve the foals to be born earlier in the year. This calculation particularly has an advantage in breeding racehorses.

The first sign of pregnancy is the absence of estrus. Assuming you have bred a mare and there is no estrus within three weeks, there is a good chance that it is pregnant.

However, you should be aware that some mares can show signs of estrus even after conception, so you need to be careful. One of the most reliable ways is to call a vet to determine your mare’s pregnancy by ultrasound as early as two weeks after breeding.

The vet can manually touch an embryo in the mare’s uterus by rectal palpation at the sixth week of pregnancy. The next step is to confirm a pregnancy with a blood and urine test two to three months after conception.

Keep in mind that some mares show no signs of pregnancy, so it is possible for the owner discovers it only a few hours before labor. Be prepared for the possibility that planned insemination is not the only way for it to get pregnant.

On the other hand, false pregnancies are common in horses, so you should pay attention to your mare’s behavior. If it shows one or more common signs, it is best to consult the vet. 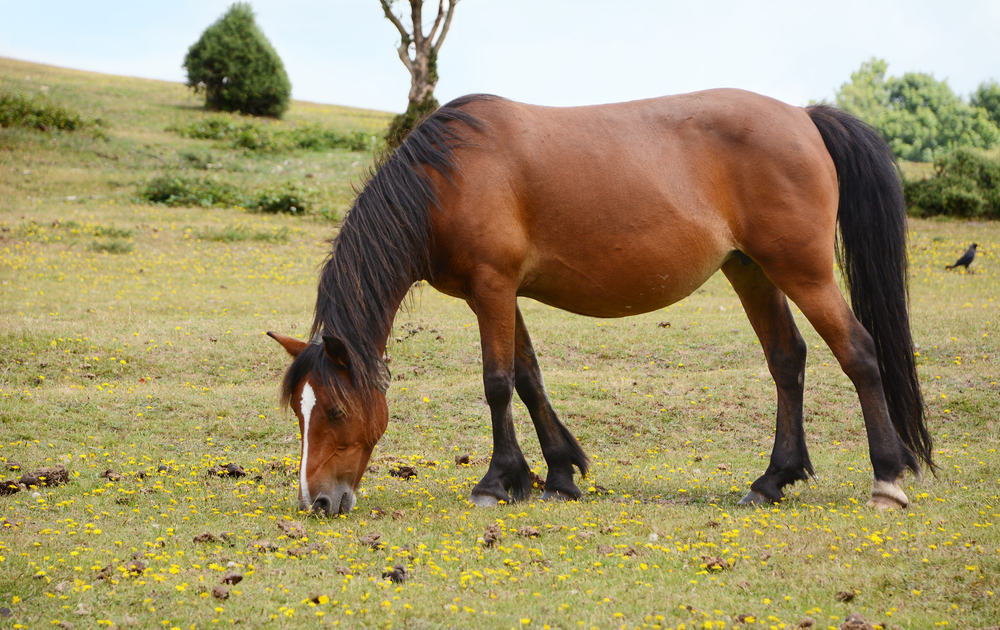 A mare’s pregnancy usually lasts 320 to 380 days (10 to 11 months). For these reasons, a mare can have only one pregnancy per year. It will go through approximately three trimesters.

It begins with conception, and the vet can confirm it after two weeks. Approximately 26 days later, the vet can hear the foal heartbeat with an ultrasound. He will also determine whether your mare is carrying twins. By the third month, the veterinarian can also determine the foal sex.

It starts around day 114. A foal rapidly grows during this period so that the mare will need more food and more significant portions.

Finally, this stage will start at approximately 226 days of conception. It is vital to closely monitor your mare’s condition and stop training it from the seventh month.

As the birth date approaches, it is crucial to avoid significant changes because it can be stressful and disturbing for your horse.

Many aspects of care remain the same as before your mare’s pregnancy. During the first month after conception, light physical activity is desirable because this period is vital for the foal’s survival. Plus, light training is one of the best ways to prepare your mare for delivery.

You can even ride your horse until the sixth month of pregnancy. You can proceed with this activity once it recovers after giving birth.

In the last trimester of your mare’s pregnancy, the foal will start growing at an astonishing rate. Most foals gain a few pounds each day during this period. That will require changing the mare’s diet, so you should provide it with vitamins, minerals, and extra food.

Keep in mind that the mare is more susceptible to disease during pregnancy. Therefore, it is crucial to monitor its health regularly.

A mare can conceive twins in rare cases, but most of the twins’ foals won’t survive due to complications. Once the examination determines that your mare carries twins, the vet can remove one embryo so that the other has a chance to survive.

In the first two months, a mare with a twin pregnancy has a 95% chance of rejecting one or both twin embryos. Waiting for this to happen naturally will delay the next pregnancy, so it is not a good idea.

Sometimes, the twins manage to survive after 60 days, but the mare is likely to have a miscarriage at 6 to 8 months. Otherwise, foals will probably be born prematurely and with health issues.

Although there are noted several cases when mares gave birth to healthy twins, it is still best to consult a vet when it happens. 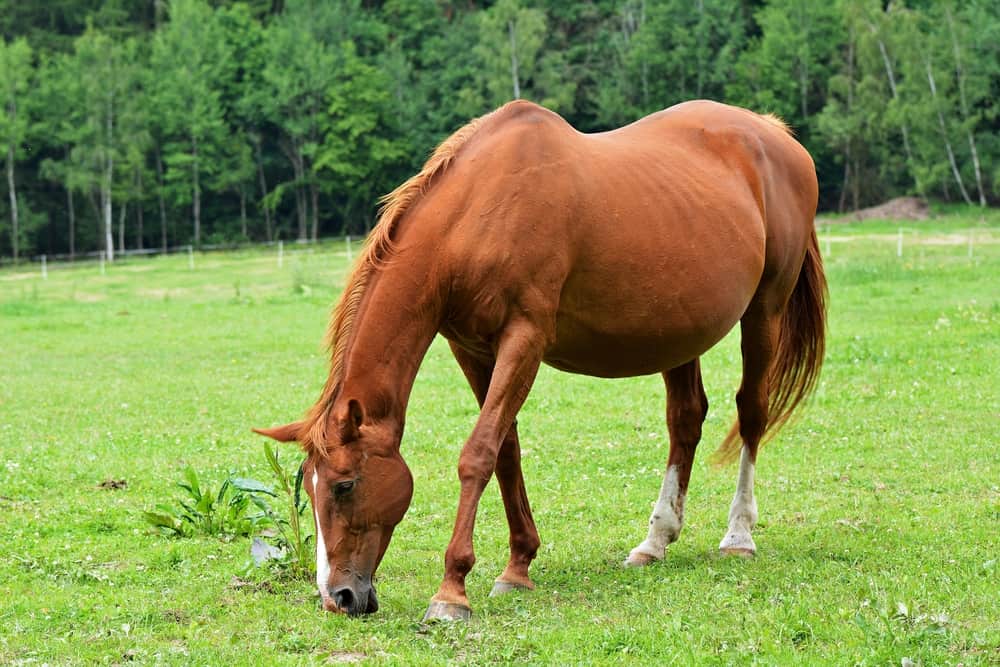 If the foal is born before 300-day, it has little chance of survival. Unfortunately, its respiratory system is not sufficiently developed and will stay dysfunctional. Sometimes, the mare has a problem with placentitis. It results in shorter pregnancy and an underdeveloped foal that probably can’t survive.

Foal born between 300 and 320 days often need neonatal intensive care in a veterinary hospital. Fortunately, it will probably survive when you provide high-quality maintenance.

When the mare suffers from delayed uterine development, a foal can be born after 370 days of pregnancy. It generally won’t have any problem, except it can be less than expected.

Endophyte-infected tall fescue toxicity can cause prolonged pregnancy. It is common in certain country parts where mares graze on fescue pasture or are fed with fescue hay.

Fescue toxicity can also result in the thickened placenta and reduced milk production. Therefore, it is recommended to remove it from the mare’s diet two to three months before giving birth.

Sometimes, the vet needs to induce birth in the case of prolonged pregnancy when a mare’s life is in danger. Otherwise, most vets won’t take this intervention since this procedure can endanger the foal’s life and health.

More than 85% of mares in nature give birth to foals at night. Most likely, the reason is the time a foal needs to adapt to new circumstances until the morning.

Be prepared that the mare will be upset in the labor first stage and refuse food and water, walk in a circle, and alternately lie down and stand up. Delivery has three phases:

Wrap the mare’s tail and keep the perineal area clean. This turbulent period is the most extended phase and can last from 30 minutes to six hours. It is usually shorter for older mares. Once the mare’s water breaks, this phase is over.

The labor second phase lasts shorter than the first, but an upset mare can temporarily delay the birth. Therefore, you should reduce noise to a minimum and avoid disturbing it.

When the contractions begin, the mare can stand or lie down. However, it will lie on its side when the birth starts.

A firstborn mare needs about an hour to expel the fetus, while an older one needs approximately 12 to 18 minutes. In the situation when the birth takes longer than you expect, be ready to help it.

After giving birth, the mare will lie on its side for another 15 to 20 minutes while blood still flows through the umbilical cord. Therefore, it is recommended to avoid cutting it right away after birth.

It is advisable not to approach the foal for the next few hours since the mare has a strong protective instinct and can show aggression towards people. The foal should get up after one hour, and it will start sucking after two hours.

The mare usually doesn’t require postpartum care. If the placenta doesn’t pass within three hours, you need to call a vet. Otherwise, the mare’s life is endangered.

A horse is usually pregnant for up to eleven months. However, a mare can give birth to a healthy foal before or after that time. It is essential to provide your mare with proper care to ensure non-risky delivery and a healthy foal in such a case.