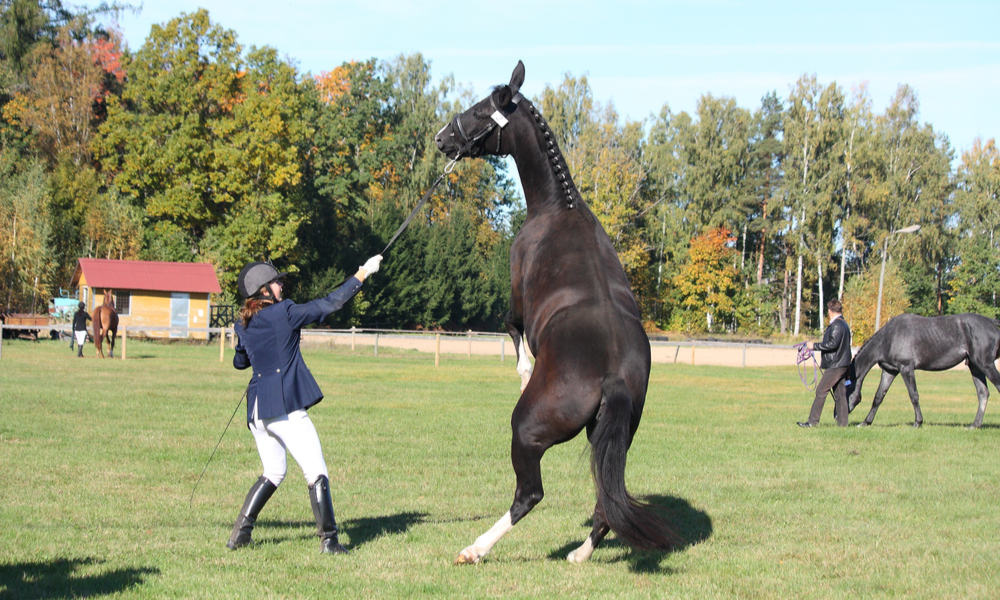 Equines are majestic creatures and loyal companions of humans for ages. Evolved to perfection, they boast toned muscles and a bulky torso that helps them develop incredible speeds. Yet, as well-tempered as horses can be, they may feel the urge to kick as a response to various stimuli.

Though it’s challenging to define the exact strength, an average horse can have a kicking force of nearly 2,000 psi. Below, we outline the basics of horse behavior and why they may kick. You’ll also learn how to spot the signs of a disturbed horse before it attacks and avoid severe injuries.

Why Would A Horse Kick? 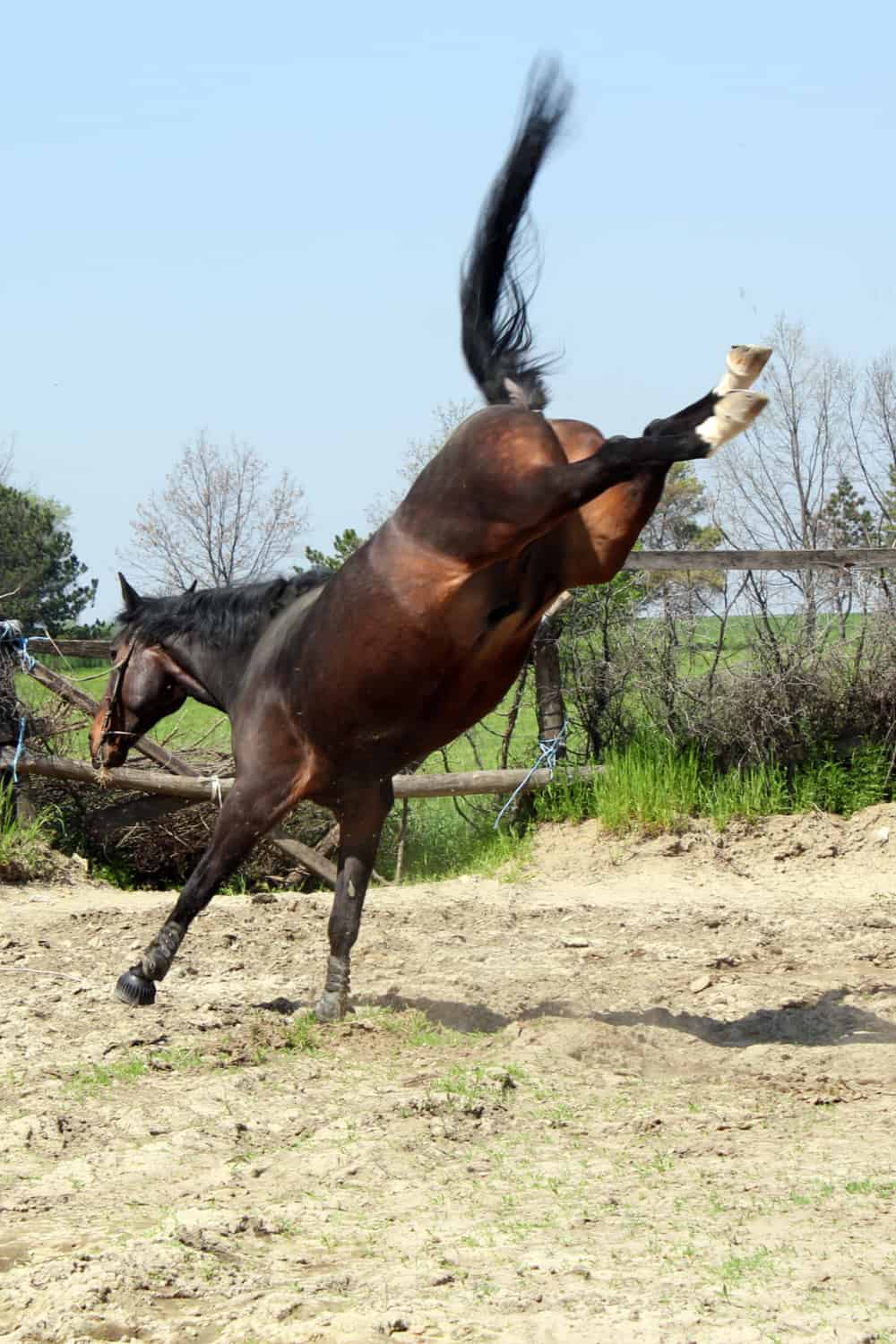 From experience, horses kick for various reasons. The most frequent scenarios include equines that are frightened or agitated. Other times, a horse might make a sudden move with its legs when playing around or trying to display its dominance. Also, kicks are the easiest way to blow off excess energy.

Horses are sensitive animals and react fast to sudden movements by predators and humans. Still, they are never vengeful or aggressive on purpose. People can further scare and frustrate horses when coming from behind without speaking in a calm and soft voice.

The most straightforward way to explain why a horse would kick is to avoid danger. Most blows are spontaneous, but horses may also respond to pain inflicted by injuries or illness. Cinching a saddle, uncomfortable tack, straps, or shoeing are other reasons for sudden outrages.

In many cases, horses kick out of excitement when you let them loose in the pastures. Due to the excess energy they must release, equines feel the urge to kick up their heels.

Moreover, a horse can become aggressive when abused or mistreated. The animal will do so to protect itself from future mistreatment and abusive owners. One such example is evident in the harsh training of racehorses. Rather than using gentle tactics, some horsemen teach submission with riding crops.

The pain suffered from whip use over unruly animals is another factor that may contribute to kicking horses. Once their bodies become tensed, equines activate the defense mechanism and attack instinctively. Horses may even kick if they sense upcoming threats or cornering.

Finally, your horse may be sending you a message by kicking. Some of the most common signs include feeling hungry or uncomfortable in a dark trailer. Unfamiliar people approaching can also spur the horse on to start kicking.

How Powerful Is A Horse Kick?

The height of an average equine is about seven feet, and it weighs around 1,000 pounds, depending on the breed. The typical speed of a full-grown horse can reach 200 mph.

Thus, it can hit objects and humans with an incredible force of about 1,200 psi. There have also been cases of horses kicking with an impact of 2,000 psi and inflicting deadly injuries.

As a result of their size and strength, horses can deliver blows with more force than any professional boxer. Plus, horse hooves are pointed and sharp like knives. When a hoof gets into contact with the skin, it can slice open with one movement and result in severe damage. 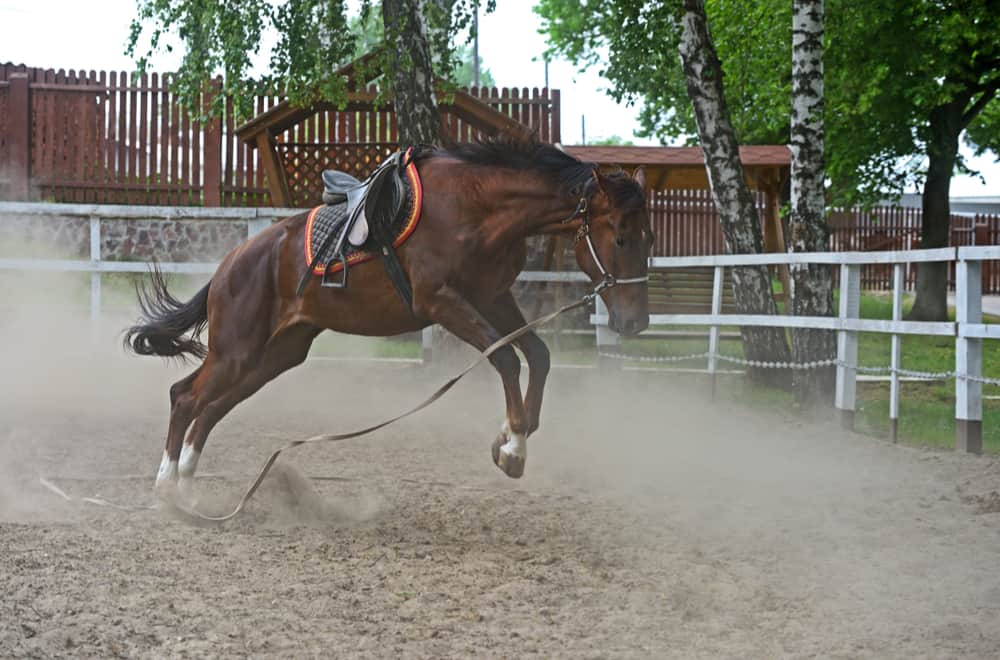 There’s no better way to avoid a horse kick than to understand how equines behave and communicate. You can surely tell if a horse is about to attack or run by learning and watching its body movements.

For example, pinned ears (positioned flat against the head) are a warning sign that the animal is agitated. The horse may also point its head downwards and erect or swish the tail. Another indicator to keep an eye on is an unexpected stiffening of the body accompanied by stomping with the front feet.

Finally, if the threat continues, the animal would shift its weight to one side and lift the leg, thus preparing to kick. There is a possibility for a horse who kicked once to do so again. Documented cases show that horses that suffered punishments, shouting, and various mistreatment are more aggressive.

When everything else fails and you sense a kick will follow, you can do a few things to protect yourself, such as:

Can A Horse Kick Kill You? 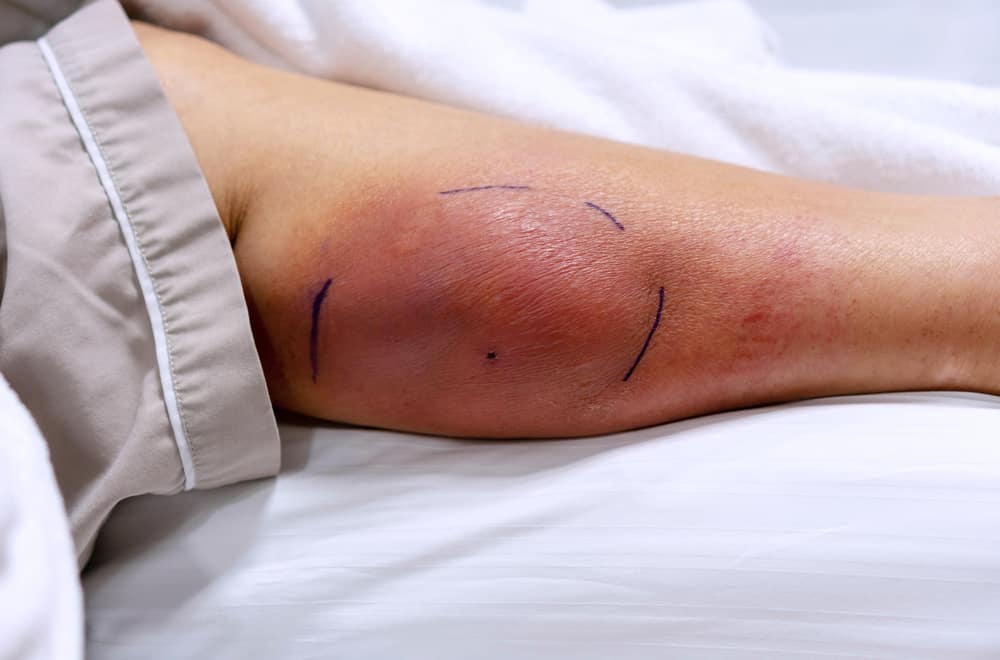 When a horse kicks you, the outcome can be fatal. Though not so common, there have been a few people getting killed in a horse-related accident. Due to its strength, a single kick inflicted in the wrong place can result in a severe bodily injury or death.

A horse can lash out without any provocation or as a reaction to an accidental bump. You’d be lucky if you end up with a solid bruise after such a terrible event. Shattered bones and soft tissue damage are more frequent injuries. Yet, there’s no need to worry too much, as horse kicks are usually rare. 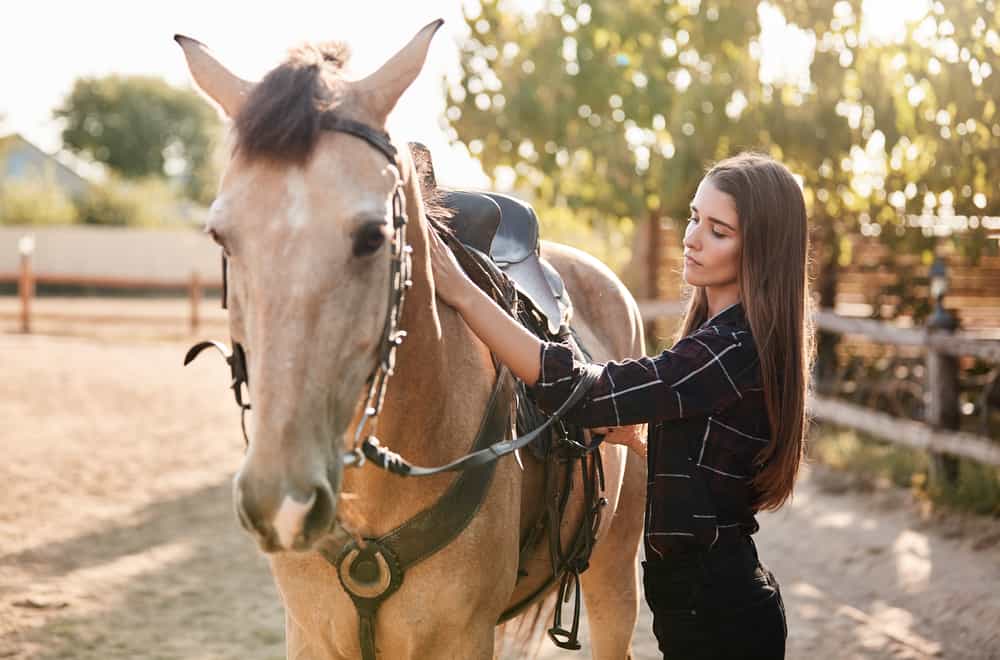 Though you may have solid experience with horses, it’s always worthwhile to take extra caution. Here are several hacks to bear in mind to avoid sudden horse kicks long before they happen: 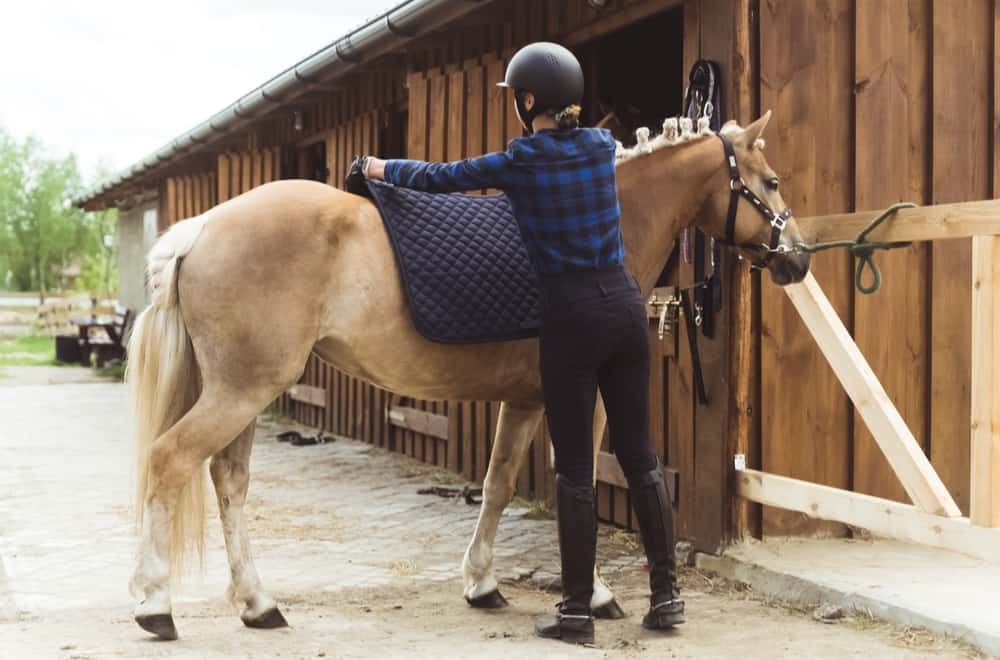 When you’re dealing with a horse, always wear protective equipment. A riding helmet is a must at all times. Quality helmets are excellent shock absorbers and can diminish the severity of any head injuries you may suffer.

Moreover, a body protector will keep your torso safe from sudden chest kicks. Riding equipment such as long sleeves, gloves, and breeches will lower the risk of getting hurt by a horse. Also, advanced protective boots and hoofware for horses can relieve the effects of any horse kick.

First Aid After A Horse Kicked You

Besides all precautions and strategies, you or somebody else can still end up kicked. The first thing you must do is remain calm and evaluate the injuries. Next, call a doctor and get medical help as soon as possible without moving much.

Staying still will slow the bleeding down and stabilize the condition of the suffered injuries. Seek medical assistance even if you have no obvious bleeding but fainted and remained unconscious for a while. Most common injuries include bleeding wounds, soft tissue tearing or rupturing, and broken bones.

Below are the essential first aid techniques you should be familiar with when the worse happens to somebody else:

Equines are vigilant and mighty animals. When threatened or scared, they won’t hesitate to use their strong legs to defend themselves. Hence, it’s crucial to get familiar with the reasons that might lead to a horse kick. Getting to the root of the problem will help you avoid unwanted injuries.

Experienced horse owners use many techniques to calm a horse down. Gentle pets on the neck and soothing tones work most of the time.

Do you have an unpleasant experience with a kicking horse? How did you manage to tame it? Please, share your insights in the comments below.