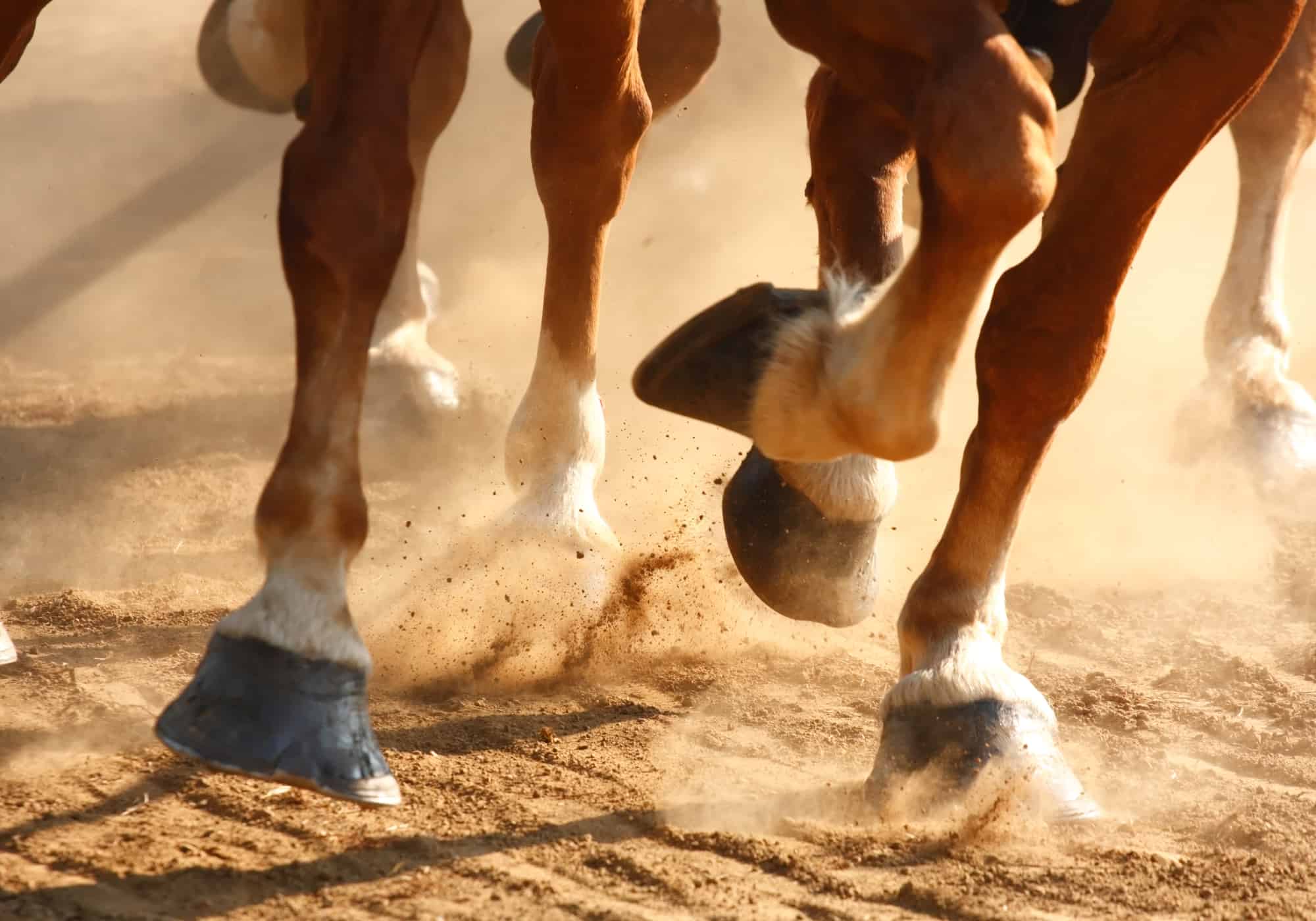 The hoof is perhaps one of the most interesting parts of a horse’s anatomy. After all, it’s the part that carries the weight of the horse standing, walking and jumping. And when you think of how small it is, compared to the size of a horse, that’s pretty impressive.

So what are horses’ hooves made of? What makes them so strong? And what do you need to know to keep them healthy?

That’s what we’re here to find out! We’re going to take you through everything there is to know about horses’ hooves. So let’s get started!

The main parts of a hoof

There are two main parts to a horse’s hoof: the outer capsule and the inner core. The outer part forms a protective structure around the softer living tissue inside.

That outer capsule is in turn made up of a number of different components. These include the walls, frog, sole and bars. Inside the hoof there are bones, soft tissues, cartilage and tendons.

Let’s take a look at them all in more detail. 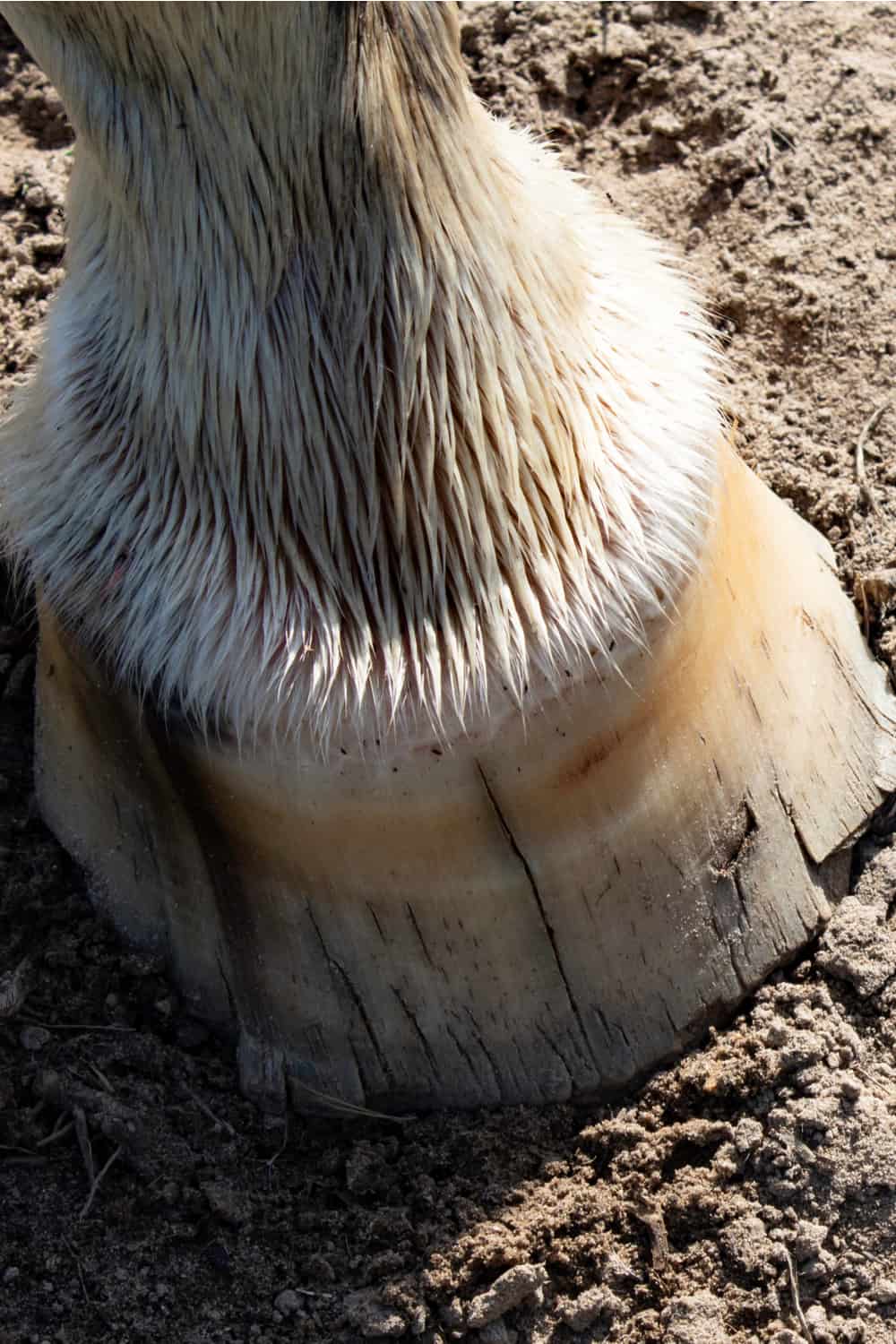 The hoof walls are located around the edge of the outer capsule. They help absorb the shock every time the hoof hits the ground. And they also help the horse to maintain its footing on difficult terrain.

The walls can be anywhere between 6 and 12 millimeters thick. They have an elastic structure, allowing the hoof to change shape when weight is placed on it. And they have three separate layers. These are known as the white line, the water line and the pigmented layer.

The white line is the closest to the inside of the hoof. If you look at the bottom of a horse’s hoof you can see it joining the walls to the sole. It will look white when the hoof is freshly trimmed, but turn yellow or gray after it’s exposed to the air.

Because it’s softer than the other layers, it wears away more quickly. That means you’ll also be able to spot it by the small groove it forms.

The water line is next to the white line, nearer the outside of the hoof. This layer is tougher, and more resistant to wear. It gets thicker the closer it is to the ground, and it helps support the hoof.

The outermost layer of the walls is the pigmented layer. This is the darkest and most brittle of the three layers. Its job is to provide extra protection.

Roughly speaking, the walls are the equivalent of the human fingernail. Just like fingernails, they’re constantly growing – at a rate of about 3/8ths of an inch per month.

When a farrier shoes a horse, it’s these walls to which he or she will attach the metal. And because they’re like fingernails, this doesn’t hurt the horse.

2. The rest of the outer capsule 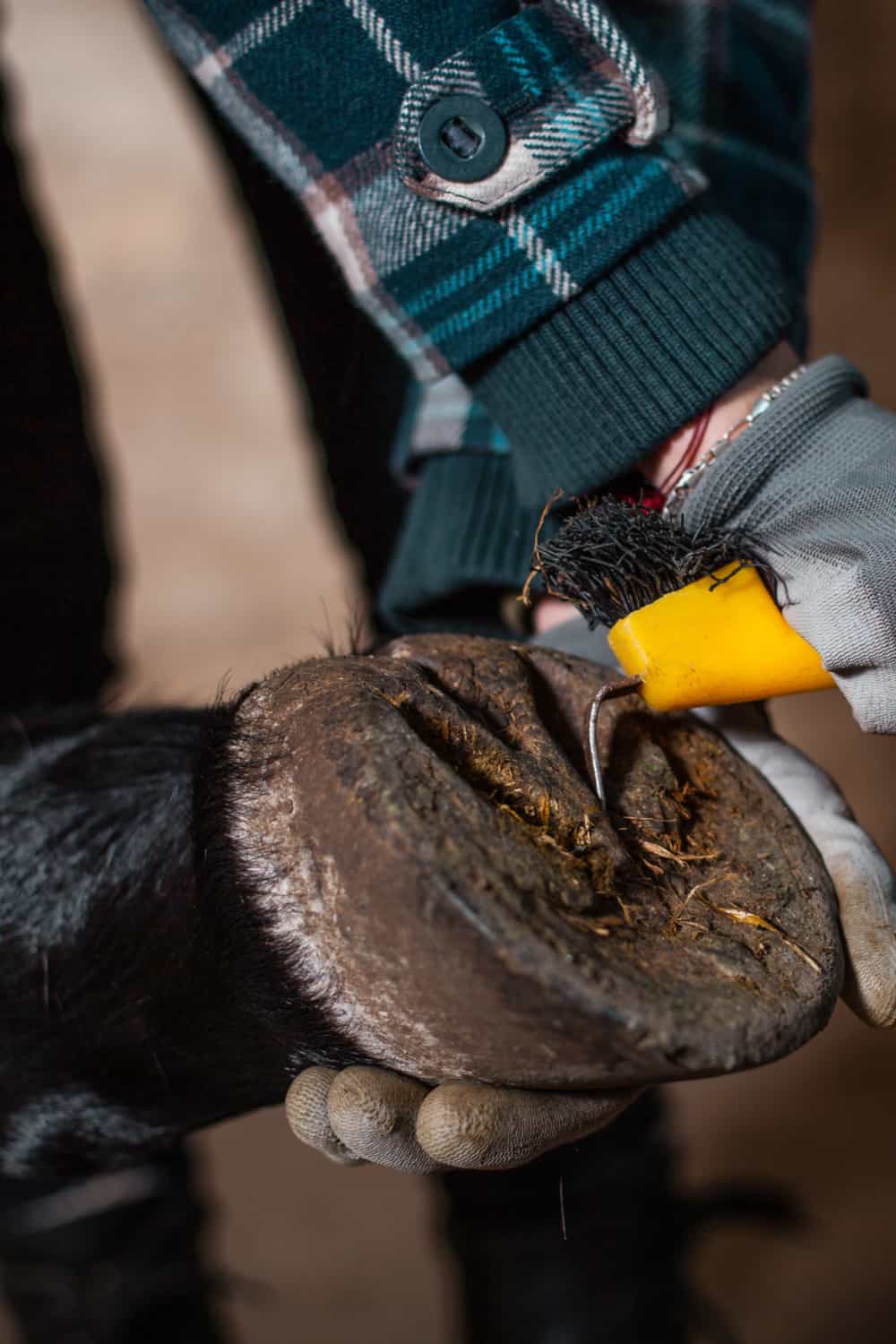 The other main parts of the outer hoof capsule are the frog, sole and bars.

The frog is like our fingertip.  It’s shaped like a “v” and reaches across about two thirds of the bottom of the hoof. It gradually gets thicker from the front (pointy section) to the back. Its color is between dark gray and black.

It has a rubbery texture that means it’s very effective at absorbing shock, just like the tires of a car. And it also plays an important role in boosting the blood supply back up the horse’s legs to the heart.

The bars are the parts where the walls fold inwards from the heel. Like the walls and frog, they’re designed to bear the horse’s weight.

The sole makes up the rest of the bottom of the hoof, and is like the pad of our finger. 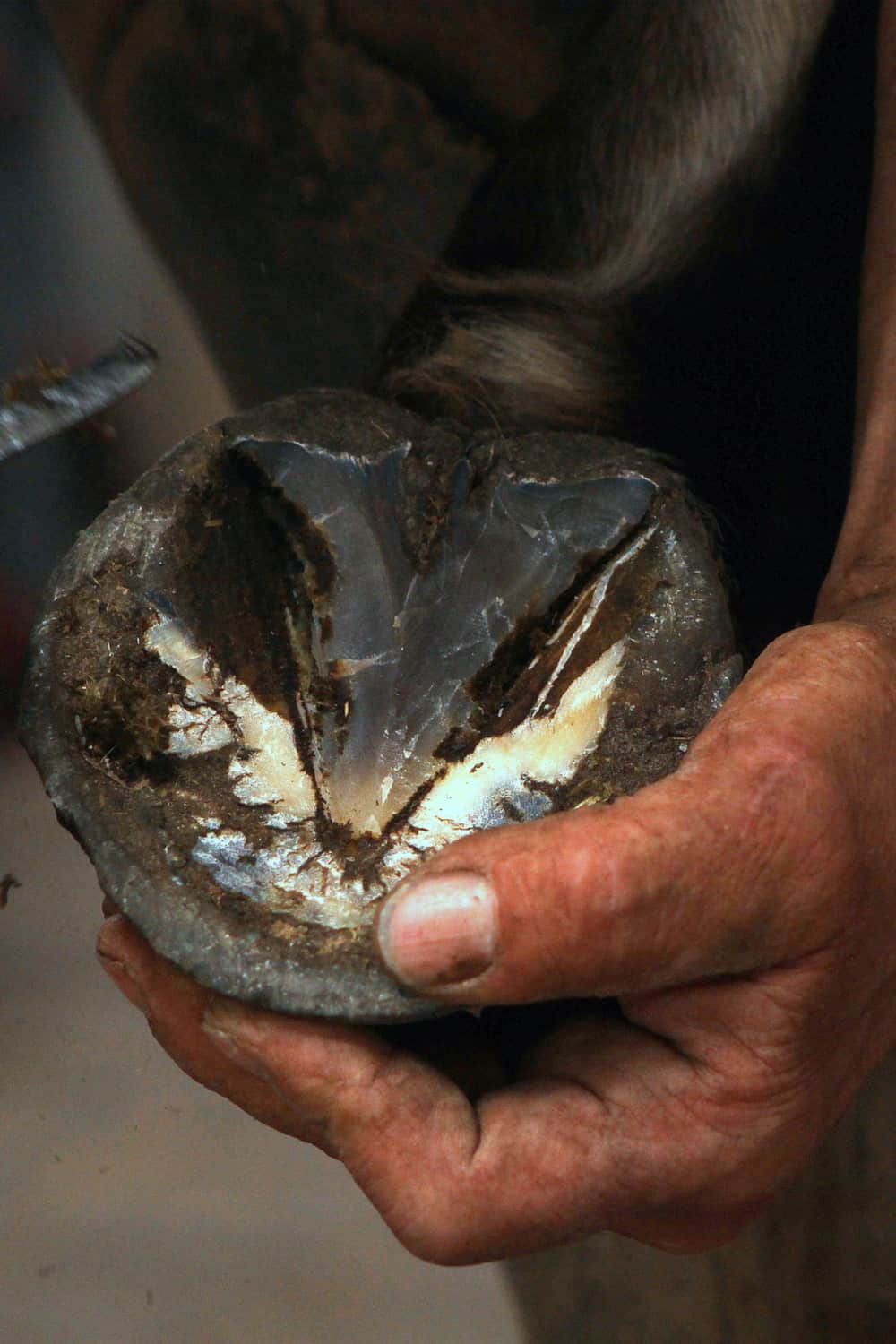 The bone nearest the bottom of the hoof is the coffin bone. It’s also known as the pedal bone, third phalanx, distal phalanx or P3. It’s shaped like a crescent and is key to the shape of the whole hoof.

Attached to the coffin bone are tendons and ligaments, for which it acts as an anchor. And sitting underneath it is the sole.

Between the coffin bone and the wall there’s a layer known as laminae. And under the coffin bone, towards the heel, there’s an area called the digital cushion. This is another part of the hoof that helps to absorb shock when the horse walks, runs or jumps. 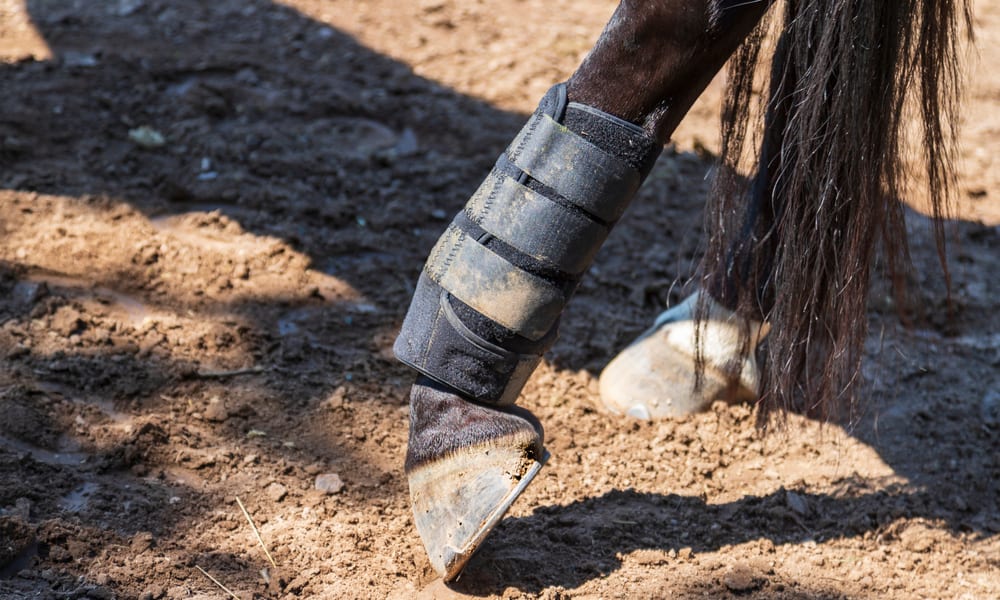 As we’ve seen, horses’ hooves are complex structures, and they’re not rigid. When a horse puts pressure on his hoof, it will change shape. And the areas of the hoof that touch the ground will vary, depending on whether or not the horse is carrying a rider or other load.

All this means that the shape of the hoof will change over time. Some of those changes take place in as little as days or weeks. Others take far longer. 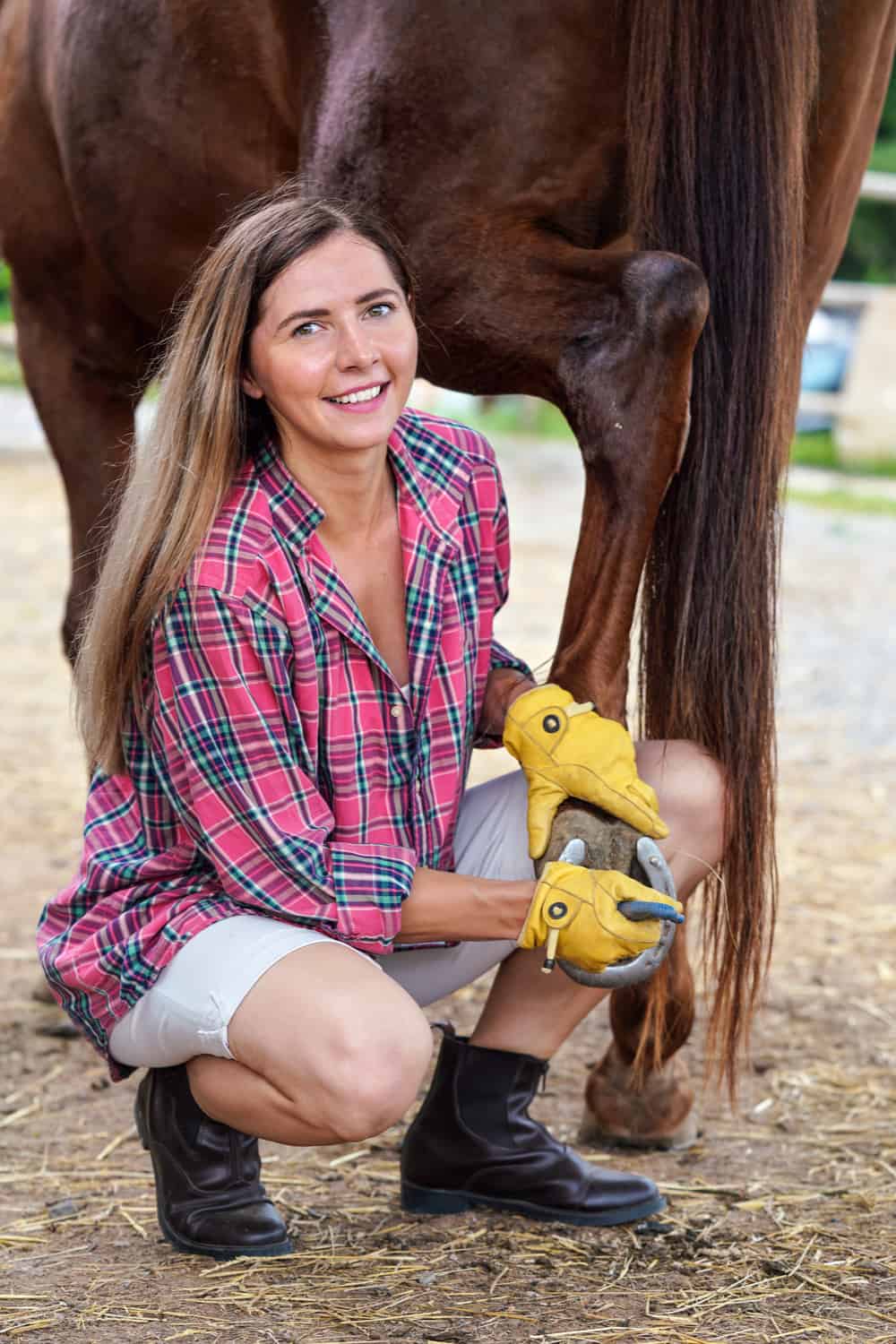 Just as with human nails, the hoof capsule is formed from the same material as the horse’s skin. A major component is the protein keratin, which accounts for over 90 per cent of the structure. This is the same substance which makes up our own hair and nails.

And just like human nails, it’s the outer, hard layer of dead cells that builds up over time. These dead cells protect the rest of the tissues from injury and disease.

The hoof walls grow downwards at a constant rate. For wild horses, the contact between the walls and the ground wears them down and stops them getting ever longer.

But for domesticated animals, there’s usually not enough wear to do this job. That means the horse’s hooves will need to be filed down periodically. The farrier will trim the walls and the frog. They will also remove the dead layer of cells from the bottom of the sole.

Horses may also sometimes need their hooves painted! The hoof walls are covered with a waterproof coating to keep in moisture. But over time, that coating can deteriorate. The result is that the hoof may flake and crack.

Fortunately, hoof oils and lotions have been developed to address this. These are painted on with small brushes, almost like nail varnish.

Changes relating to the weather 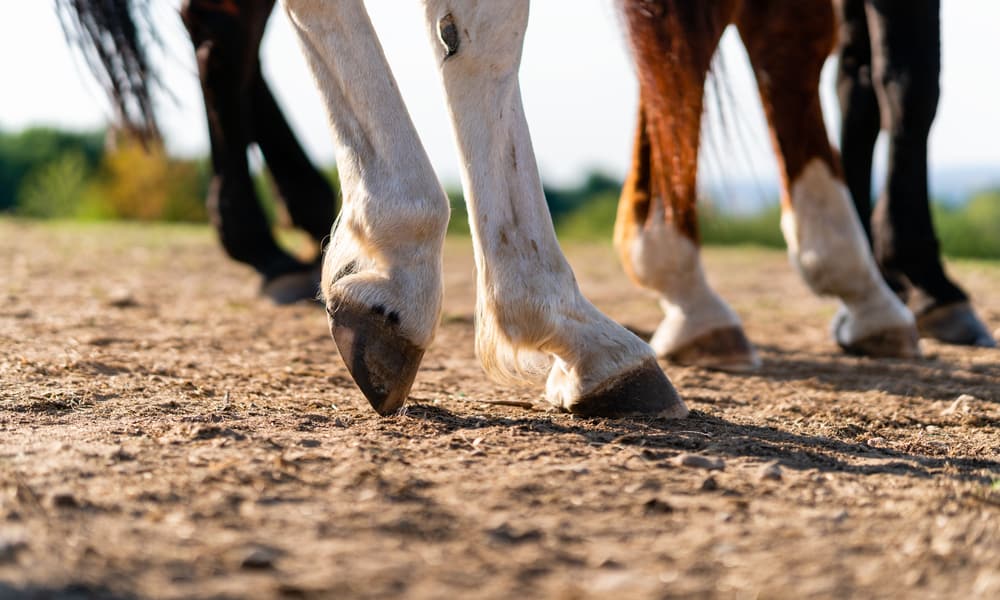 Hooves may be particularly prone to cracking in summer, when the weather is hot and dry and the ground hard. But there can be other problems during the winter months.

When the temperature falls, the blood flow around the horse’s body slows down. That means that fewer nutrients are delivered to help repair any damage to the hoof. This can be a particular problem for horses who’ve had laminitis, as that may have already damaged their vascular system.

Despite being softer underfoot, wet ground can also cause issues. The frog can shed more dead skin because of the extra moisture. And bacteria can thrive, causing infections like thrush.

And if there’s snow, shod horses can face problems with balls of ice collecting between the shoe and their hoof.

The good news is that there are lots of ways to tackle these issues. Horse boots can help protect horses’ hooves from rain and snow. And hoof oils painted on their soles will also help stop snow and ice from sticking there.

Giving your horse access to a stable with shavings or straw overnight can also be a big help. That will give their hooves and legs a chance to dry off.

At all times of the year, regular visits from the farrier will help keep your horse’s hooves in good shape.

Adapting to the environment

Over their lifetimes, the whole shape of a horse’s hoof will gradually change. That’s because the hooves will adapt to the way the horse moves.

Wild horses having to navigate difficult terrain will show most changes. These allow the horse to keep their footing, no matter how rough or uneven the surface.

It’s also possible to see traces of the horse’s long evolution in the way its hooves look now. The third phalanx was once accompanied by a first, second, fourth and fifth – just like fingers on a hand.

Vestiges of those bones can still be seen in the hoof and leg. What’s known as the splint bone is actually what remains of what were once the second and forth phalanxes.

Everything you needed to know about horses’ hooves!

We hope you’ve enjoyed our look at the fascinating structure that is a horse’s hoof. By understanding how it works, you can help care for it properly. And that will help your horse live a long and healthy life.

The hoof is a complex piece of machinery. It changes over time, and it can be affected by different weather and environmental conditions.

That means that regular farrier care is an important part of looking after any horse. This will ensure any problems are identified and addressed at an early stage.