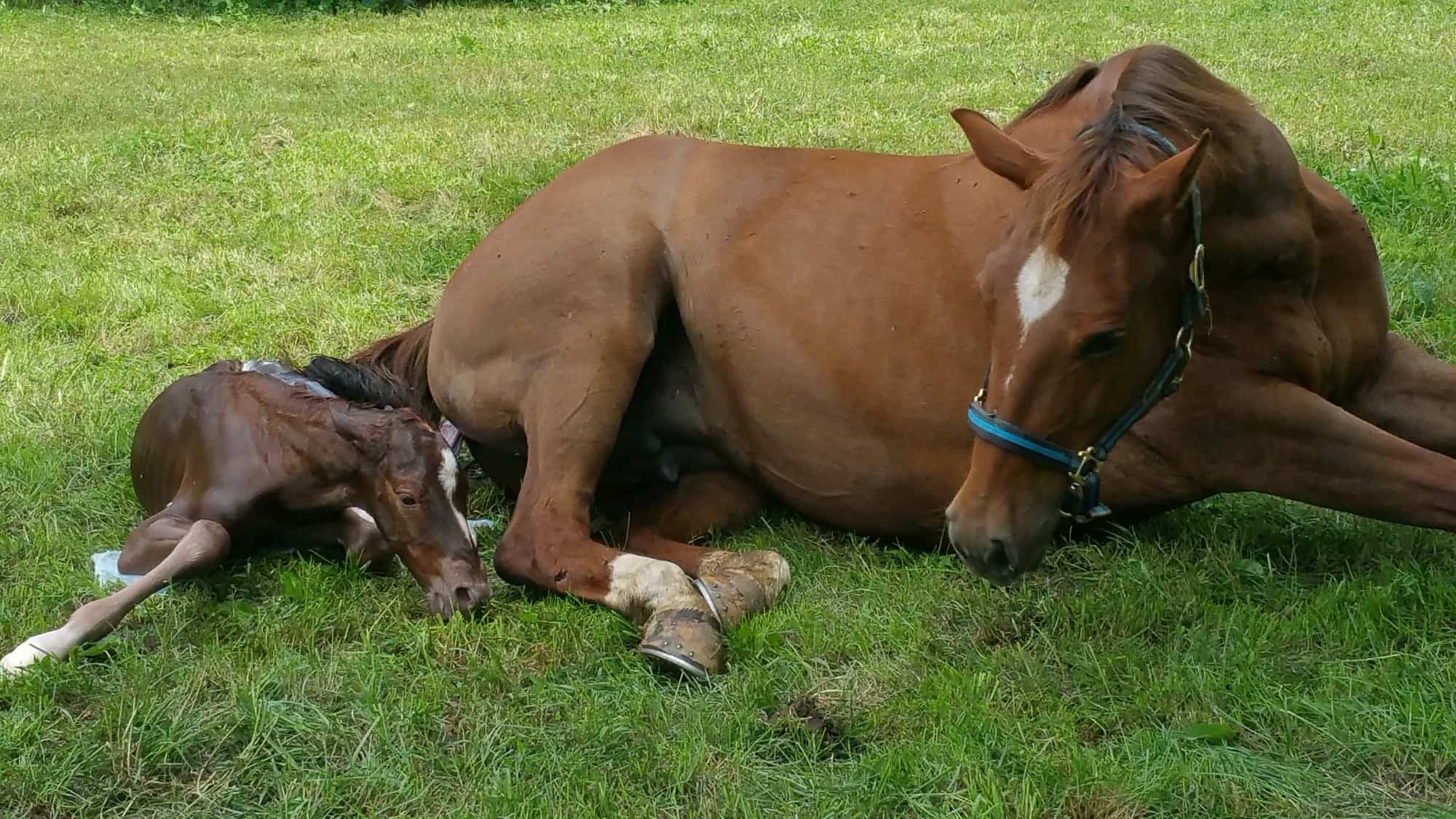 The horse (Equus ferus caballus) belongs to the domesticated animal group and is a part of human life for more than 6,000 years. It is a one-toed mammal that evolved from a multi-toed small creature a long time ago. First horses appeared in North America and spread out worldwide.

Nowadays, having these magnificent animals is a privilege but also a huge responsibility. You can find a few familiar terms used for female horses, depending on their age and purpose. Let’s make it clear what is a female horse called.

This terminology can seem slightly confusing and exhausting to understand if you read about horses and their categorization for the first time. Believe it or not, many different terms used for describing horses of various genders, ages, and purposes lead to misunderstandings even among breeders.

However, it is convenient to differentiate a female from a male horse and recognize their ages only based on their names. Let’s take a closer look.

While a foal still sucks its mom, you can call it a suckling or very young foal. Such a baby horse is entirely reliant on the mother’s milk. Keep in mind that dam milk is crucial for a foal’s body since it contains necessary vitamins and vital antibodies that help it thrive. Therefore, milk availability and quality are essential for the young animal’s well-being.

After the first 3 months of life, a suckling that weans from its mom has often been named a weanling. That is a period when a foal usually stops consuming milk since it can digest grass. If a foal loses its mom, it can continue to grow only when people provide it with the necessary nutrition.

The term weanling describes a young horse that weans from mom’s milk. Young horses usually wean after the first six to twelve months. After that period, weanlings have a specific nutrition plan because they weigh around five hundred kilograms.

Their organism requires more than 23 ounces (650 g) of crude protein combined with many calories per day. Once young horses are done weaning, they should start eating and digesting forage with additives. In that period, they also need vitamins and supplements to boost their immune system.

A baby horse or foal is a newborn horse younger than a year. This term primarily refers to horses, but you can use it to describe donkeys, as well. In most cases, you will use it for baby horses until they become yearlings.

Keep in mind that this expression often coincides with the terms suckling and weanling, so it can sometimes increase confusion.

Many people often mix foals and ponies, but they are not the same. Ponies are tiny horses that measure less than 58 inches (1.48 m) when reaching maturity. As I have already mentioned, foals are young horses without size provisions.

Yearlings are young horses between one and two years old, no matter their gender. In the horse world, they are the same as early adolescents in humans. You can define them by sex if you wish, using terms like colt for males and filly for females to describe them more precisely.

However, they are not physically mature enough to be adult horses, just like teenagers. The earliest stage of maturity excludes sexual maturity, so you can’t use these horses for breeding.

Tendency to leave yearlings in their natural settings and habitat to grow is common in most breeding farms. On the other hand, this period is the best time for selling a young horse to another breeding farm or a horse lover.

Female horses that are still too young to be called mares are fillies. They become sexually mature by the age of two, and some breeders use them for breeding. However, it is usually not a good idea. It is better to avoid such a practice until they stop growing and turn four years old.

It is the first term that clearly distinguishes young horses of opposite sexes. Believe it or not, studies from 2010 found out that colts (young males) are shyer than fillies, although people believe in the opposite. It is also popular to think that fillies are more intelligent than colts, for no specific reason. Weird, right? 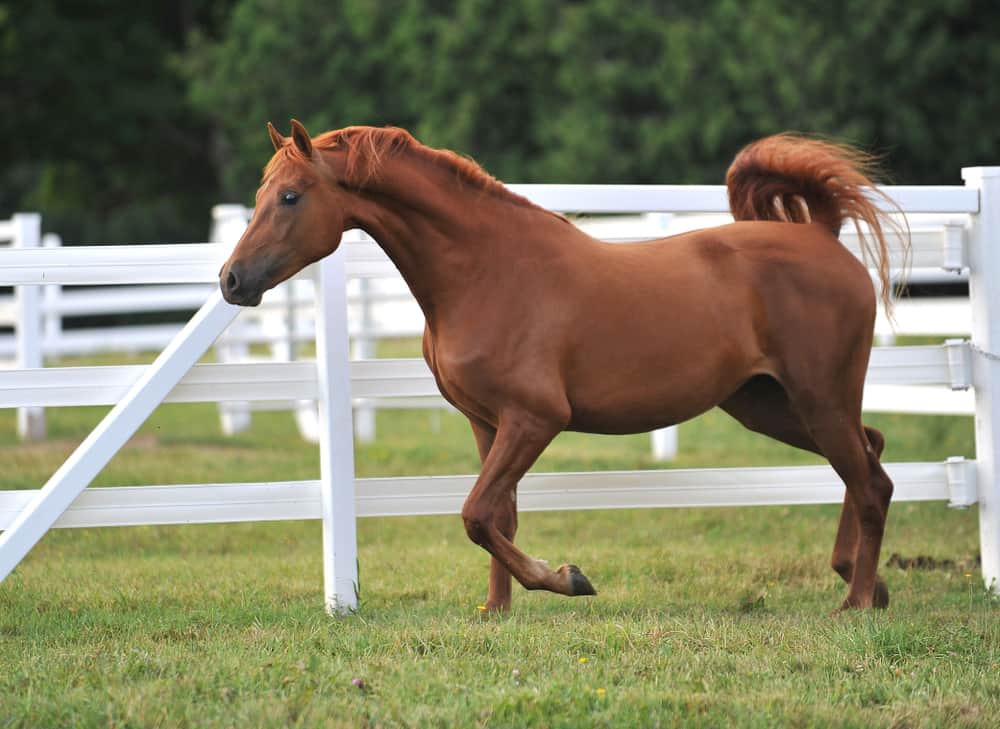 A mare is an adult female horse older than three or four that is good in every equestrian sports activity, along with stallions. However, mares used for breeding can’t perform well in sports, so breeders keep some of them only for that purpose.

Besides, people sometimes use them as dairy animals. For instance, Kyrgyzstan considers mare’s milk (kumis) their national drink.

Mares have an estrous cycle every 19 to 22 days from early spring to late fall. One of the first indicators for the beginning of the estrous period is day-extending since photoperiod is directly responsible for controlling their cycle.

Keep in mind that mares have an anestrus phase that stops them from conceiving in the winter months. The probable reason is that harsh weather conditions are difficult for a foal to survive in nature. Nowadays, many breeding farms put mares under artificial lights in the late winter to allow reaching the estrus phase earlier.

That way, breeders get foals earlier in the year since late February and early March are the best time for a new conception. Since mares carry their foal for about eleven months, healthy females can give birth to a new foal every year until their twenties. However, most breeders avoid such a practice and too excessive forcing the mares.

A broodmare is an adult female horse used only for raising new foals. Keep in mind that a high-quality broodmare is crucial for getting superior offspring. In most cases, picking out the perfect future mom is not that easy because you need to pay attention to many different traits.

For instance, breeders need to be experienced and consider primary heritable characteristics such as conformation and temperament. Females that have an issue with these characteristics are not desirable candidates for becoming broodmares.

Additionally, a broodmares health status is vital for high-quality breeding since their body condition, regular vaccination, and deworming may affect fertility.

In general, the best broodmares are horses younger than twelve. After that period, pregnancy and foaling maintenance often cause problems. Plus, the fertility rate begins to lower.

Broodmares are sensitive and crucial for forming the best team in every horse kennel. Therefore, you need to provide a large foaling box and high-quality pasture for these females. One more thing! Most breeders recommend mating only stallions and mares of similar age.

Every young horse has its dam. It is the usual term for foal’s mother that has a crucial role in its growing up. As you have probably known, a young horse inherits half of its genetic traits from its dam.

You can also find terms such as half-brother or half-sister that describe the horse family with the same mother. On the other hand, full siblings share both a mare (mother) and sire (father). 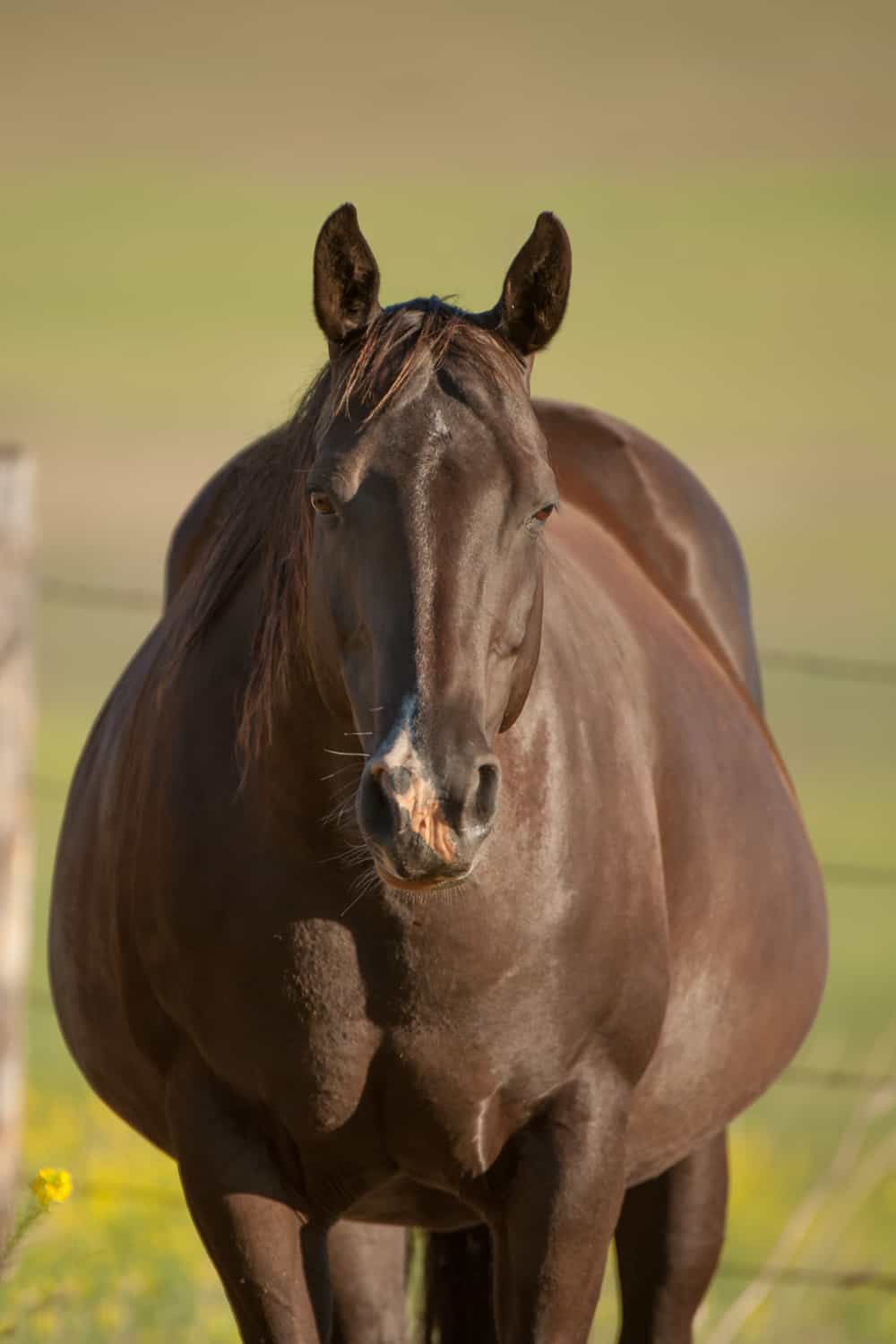 Differences between a mare and filly

The difference between a mare and a filly is based on their age and sexual maturity. While a filly is a young female horse younger than four or five, a mare is a female horse older than three.

Most breeders in the US and the UK consider that fillies are horses until five because they stop growing in that period. However, most other countries consider the age limit to four years.

Fillies are perfect horses for inexperienced riders because they are calm and gentle. On the other hand, you need some experience to ride a mare.

Differences between a mare and broodmare

Be aware that these terms are not accepted as universals, and they vary from breeder to breeder. The most common usage of the term broodmare is to define an adult female horse that gave birth in the current year.

On the other hand, a mare is mature enough to give birth to a foal, but it hasn’t become a mom in the current year.

Differences between a mare and stallion

The difference between a mare and stallion is easy to tell by looking under their bellies, of course. However, that is not the only thing that differentiates adult female and male horses. You can also see many variations in their behavior.

Almost every stallion is aggressive with other horses, while a mare is gentle and caring. Plus, both spend time differently. For instance, stallions like to run around the herd and show everyone their dominance. They are the herd leaders, while mares are there for breeding and bringing out new foals.

Stallions are also better working animals than mares because of their strength and predispositions. However, both are equally good at sports.

As you can see, it is possible to use a few names for female horses. Even though various terms refer to females depending on their ages and purposes, some refer to the same life period. It is particularly a case with determining young females. On the other hand, some names are local and can differ from breeder to breeder.