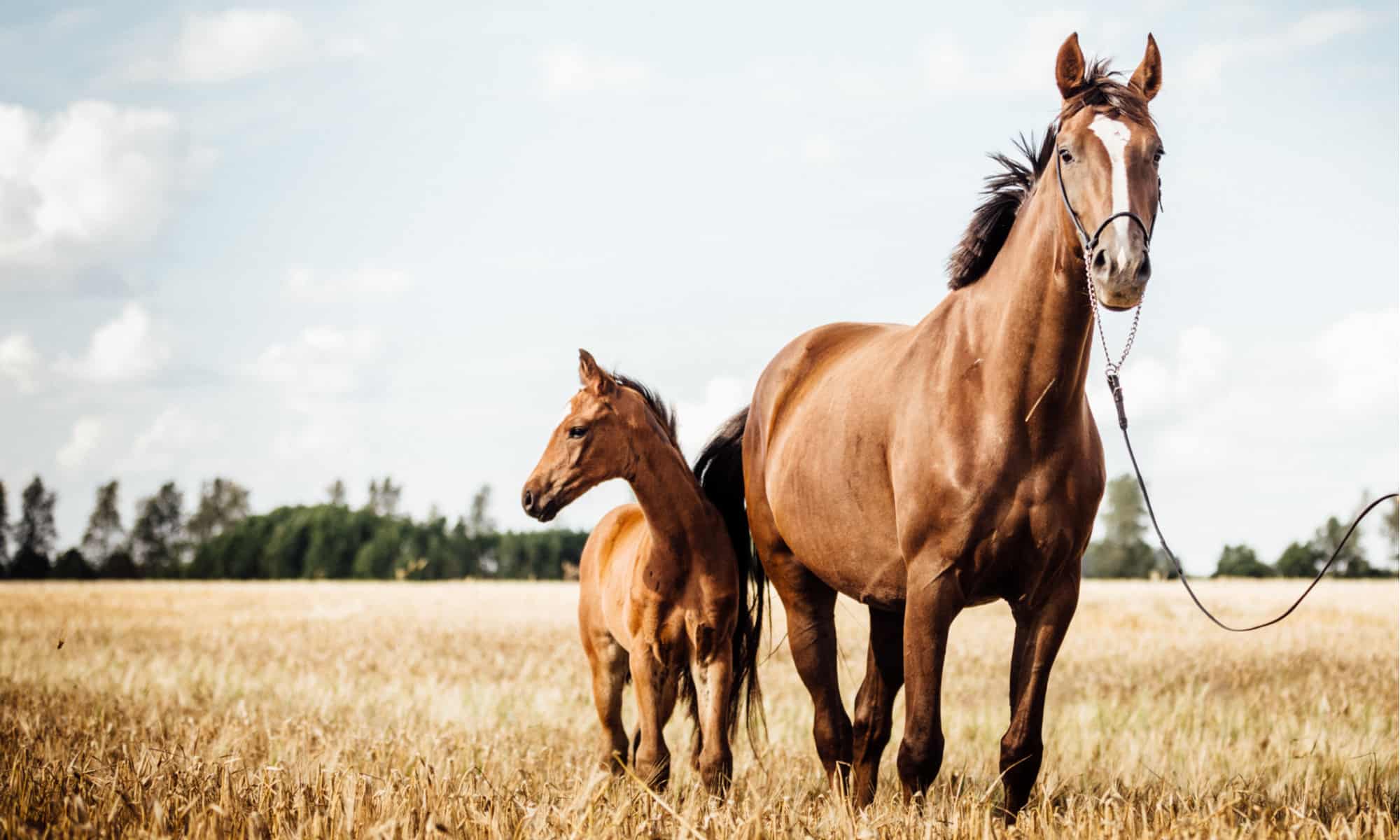 Human beings have a very special relationship with horses. For centuries, they have labored on our farms and carried us into battle.

Over the years, many different breeds have developed, all with different characteristics. And amongst them are some striking animals.

We’re going to look at 16 beautiful horse breeds from around the world. And we’ll share some key facts about their attributes and history.

So if you’re ready, let’s get started!

The Frieisian gets its name from its place of origin, Friesland in the Netherlands. These horses are most usually completely black, though some have a small white star on their foreheads. The color alone makes them a striking animal. But there’s more to a Friesian than its beautiful coat.

Their manes and tails are long and thick, often with a wavy appearance. They have long hairs on their lower legs too. These are known as “feathers”.

They’re large horses, standing on average over 15 hands tall. But they’re exceptionally nimble and graceful too. It was a combination which meant they were highly prized in medieval times. Their strength made them able to carry a knight in full armor, whilst remaining agile on the battlefield.

The breed is still popular today, with its good looks seeing it often used in films and marketing campaigns.

The Akhal-Teke frequently tops lists of the most beautiful horse breeds. It’s an elegant animal, with a refined head, almond-shaped eyes and long ears. Its long back is lightly muscled, and its tail and mane are relatively thin.

But what’s most striking about this horse is the color of its coat. The Akhal-Teke has a distinctive metallic gleam, with some horses almost looking as if they’re made from gold.

Some believe that the coloring is a result of their origins in the desert. The golden tones would have provided good camouflage in the sands.

Whatever the reason, it’s one of the key factors that has made the Akhal-Teke a highly prized breed. It’s also known as a horse with amazing stamina, and one that makes an elegant show jumper.

The Arabian is perhaps one of the most distinctive breeds of horse in the world. It can be easily recognised by the elegant shape of its head, and by its tail, which is carried very high.

It’s another horse that originated in the deserts. In this case, those deserts lay in the Arabian peninsula, from where the breed gets its name. It’s known as a spirited, sensitive and intelligent horse.

It’s also one of the oldest breeds in the world. Its long history has seen it become the subject of many myths and legends. Bedouin tradition holds that the Arabian was created by Allah from the south wind.

You can find Arabian horses with a wide range of coat colors – black, gray, chestnut, bay and roan. But whatever the color of their coat, the skin underneath is mostly black. That helps the breed cope with the harsh desert sun.

The Andalusian horse originated from the Iberian peninsula in modern day Spain. It’s been known as a breed for around 600 years.

Andalusians have long, lustrous tails and manes. They’re strong and fairly compact, but have elegant proportions. Most Andalusians are gray, but you can also find horses with coats of many other colors.

They are renowned for being docile and intelligent animals. Together with their attractive conformation, these qualities have seen them highly prized by royalty and nobility. Andalusians were once the mount of choice for kings across Europe.

Today, you’ll often find them being ridden in western pleasure events and in show jumping.

The Percheron is a distinctive draft horse that’s been recognised as a breed since 1883. Its name comes from the place where it originated, the Perche province in France.

Percherons are descended from war horses, and can be anything from 15 to 19 hands tall. (Different countries have different standards for the breed.) They are powerful animals, with broad chests and muscly legs and feet. Most are gray or black, although some other colors can be found.

Today, the Percheron is the most well-known of the French breeds of draft horse. It can be found around the world doing farm and forestry work, in parades and pulling carriages. An annual World Percheron Congress celebrates and promotes the breed across the globe.

The little Haflinger horse is small but beautiful! It stands between 13.2 and 15 hands.

Haflingers have chestnut coats which can vary from pale gold to deep, rich chestnut. Whatever color their coats, their manes and tails are always flaxen, providing a striking color combination.

They’re elegant yet strong, with a characteristic gait that’s both energetic and smooth. They make excellent mounts on difficult terrain, where they are sure-footed and hardy.

Their name comes from Hafling, a village in the north of Italy. You may also hear the breed referred to as Avelignese, from the Italian name for the same place.

Today, you can find them used as therapy and riding horses, for light draft work, and for disciplines including dressage and equestrian vaulting.

The beautiful Lippizaner horse is one of the most famous breeds in the world. It’s used by Vienna’s Spanish Riding School, where it performs astonishing stylized jumps and other dressage movements.

But its history goes back much further than this. The breed emerged way back in the sixteenth century, in Slovenia.

Since then, it has faced danger on numerous occasions as warfare swept across Europe. The breed’s rescue by the Americans during World War II has even been immortalized on film.

Most of the breed have gray coats, although there are a few bay and black horses. That might surprise you, if you’re used to thinking of Lippizaners as white! The lighter shade that’s often seen is a result of the gray coat becoming paler as the horse ages.

Although its ancestors have a long history, the Appaloosa wasn’t officially registered as a breed until 1938. Today, however, it’s one of the best loved horses in the USA.

Idaho made the Appaloosa its state horse in 1975. And you can find Appaloosas being ridden in Western disciplines across the country.

The Appaloosa has a varied genetic history, which means that these horses can have lots of different body shapes. But what makes them all stand out from the crowd is their amazing spotted coats!

That coat pattern can actually change over the horse’s lifetime. And over the years, there’s been controversy about whether horses with solid coats from spotted-coat parents could be registered. Today, the breed registry encourages foals to be registered as early as possible.

The Marwari is another very distinctive breed of horse. But in this case what separates it from other breeds isn’t its coat. Instead it’s something much stranger – its ears!

The ears of a Marwari horse curve inwards. In some animals, the curve is so pronounced that the tips of the ears almost touch one another!

The coats of Marwaris can be any color. Some even have the metallic sheen found in the Akhal-Teke. But it’s gray horses that usually fetch the highest price. The color is considered to bring good luck.

The breed has a long history, dating back to the twelfth century. It originated in Rajasthan in India, and was known as being a brave and loyal horse on the battlefield. Today, you’ll find Marwaris doing light draft work, or used as pack horses and for riding.

The Gypsy Vanner was traditionally used by Gypsies and Irish Travellers in the British isles to pull their caravans.

These distinctive horses usually have piebald or skewbald coats, with long, luxurious manes and tails. They often have feathers – long hairs on their lower legs. And they have a smaller, refined, pony-type head.

Today, they can be found being shown and traded at traditional horse fairs in the UK and Ireland. They are also used by young riders and amateurs in many disciplines across the United States.

And since 2004, horses registered with the Gypsy Vanner Horse Society can compete in American dressage events.

The Shire horse combines beauty and power. Its coat is usually one of three colors – bay, black or gray. And it’s a magnificent animal – Shire horses have held the world records for both the tallest and the heaviest horses.

An average stallion stands about 17.2 hands tall. The horses have long, narrow heads and a slightly arched neck. They may have some feathering on their withers, and their manes and tails are fine and silky.

Shire horses were used in early times in warfare, but are most commonly used in agriculture and forestry. Today, you can also find these gentle animals used in leisure riding.

The Knabstrupper or Knabstrup comes from Denmark. It’s known for its unusually patterned coat, although some Knabstruppers also have solid coats.

They typically stand between 15.2 and 16 hands. You can also, however, find Knabstrupper ponies.

Their striking appearance saw them become a favorite with the Danish royal family. Knabstruppers made frequent appearances in royal ceremonies.

But those spots weren’t always an advantage. Knabstruppers stopped being used as cavalry horses because their coats made them stand out as targets.

The breed often proves talented in show jumping and dressage. You’ll often find them competing in those disciplines today. They’re also used as carriage horses, for riding, and in circuses, where their distinctive looks provide extra entertainment.

It’s easy to spot a Black Forest horse because of their characteristic coloring. All horses of this breed combine flaxen tails and manes with a chestnut body.

They’re just as attractive in temperament too. They’re known for being patient and gentle, a combination that’s earned them the nickname “the Golden Retriever of horses”!

As you might expect from the name, the origins of the breed lie in the Black Forest. That’s a region in the south of Germany. These strong and calm animals were traditionally used in agriculture and forestry. Today, numbers are lower, but the breed is more usually used for riding.

The American Quarter Horse combines an attractive conformation with speed and agility. It gets its name for being the fastest breed in races of up to a quarter of a mile.

The breed began its development at the start of the seventeenth century. Today’s American Quarter Horses are divided into two types – stock and hunter horses. Hunter horses are slightly taller than stock horses.

Their coats are most commonly sorrel – an attractive red-brown – but they can also be found in almost any equestrian color. Some American Quarters even have spots.

The elegant Hanoverian originates in Germany, taking its name from the region of Hanover. As well as being a remarkably beautiful animal, it’s also a very athletic one. Hanoverians have been Olympic champions in all the equestrian disciplines.

They have powerful bodies and strong backs, with most horses having chestnut, bay, gray or black coats. They’re usually somewhere between 15.3 and 17.1 hands tall.

The breed is kept in excellent condition by strict rules on which animals can be registered. In order to enter the breed book, horses have to pass a battery of tests. This is designed to ensure any inheritable health problems are not passed onto a new generation.

“Paso Fino” is Spanish for “fine step”. That gives you an idea of one of the main characteristics of these beautiful horses!

They often have thick, lustrous manes and tails, and can be found in all colors. They’re relatively small, standing between 13 and just over 15 hands. But their size belies their power.

The Puerto Rican Paso Fino also has a unique eye color. Known as “tiger’s eye”, it can vary from amber to yellow, to an astonishing bright orange.

Beautiful breeds of all kinds

That brings us to the end of our round-up of 16 beautiful horse breeds. Featuring everything from draft horses to ponies, our list shows that beauty comes in all shapes and sizes.

We hope you’ve enjoyed learning more about these wonderful animals! 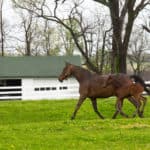 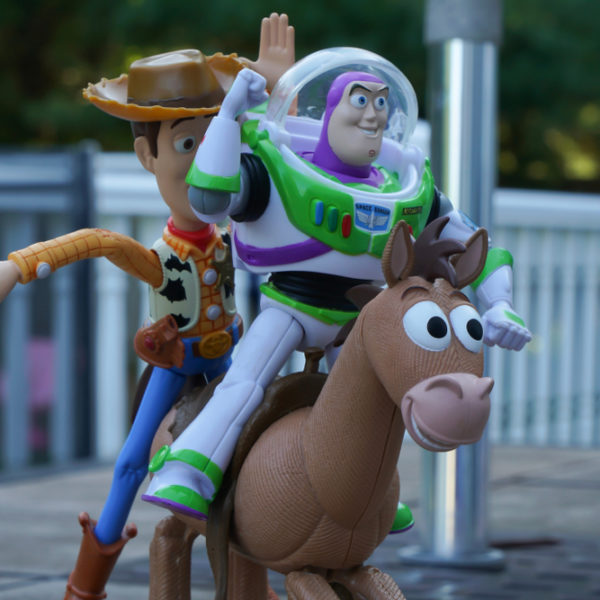 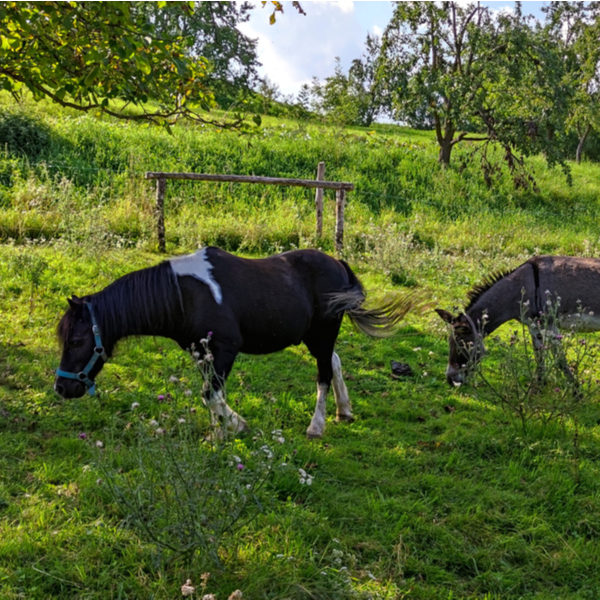 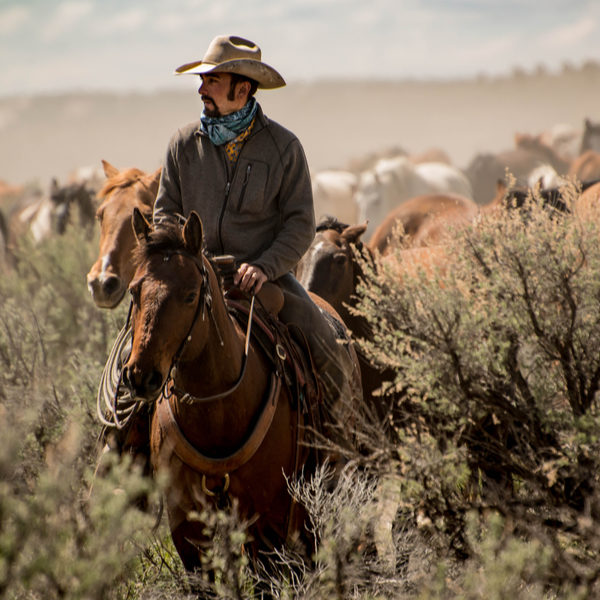 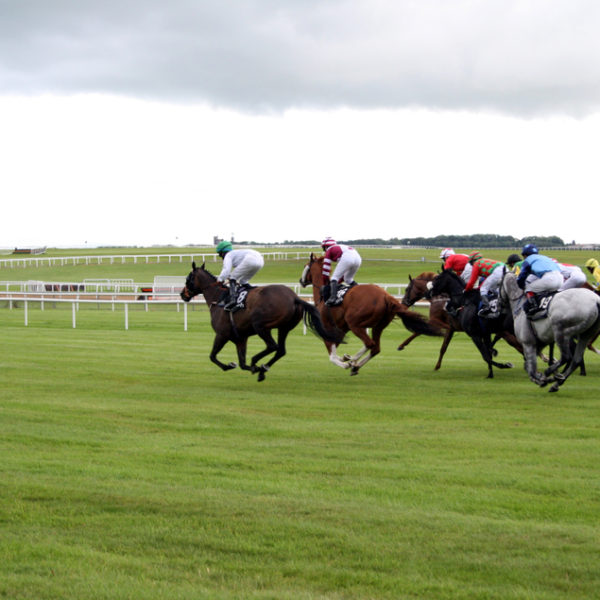 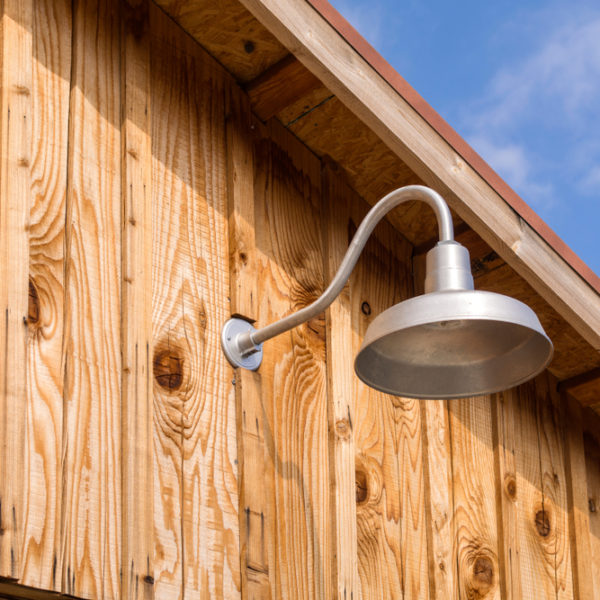 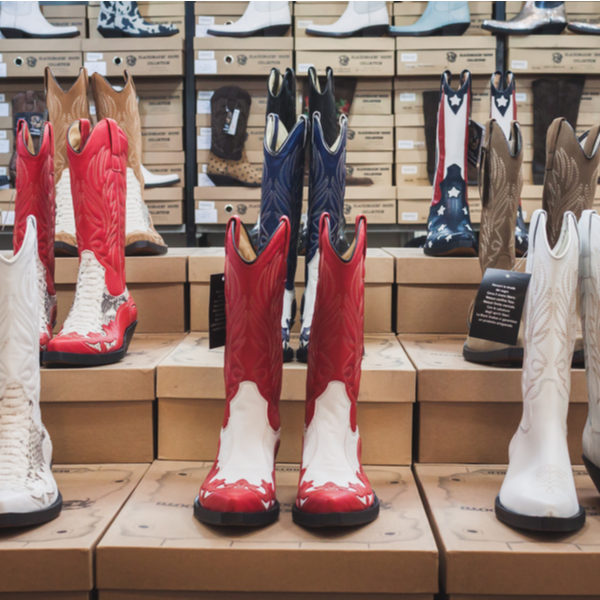 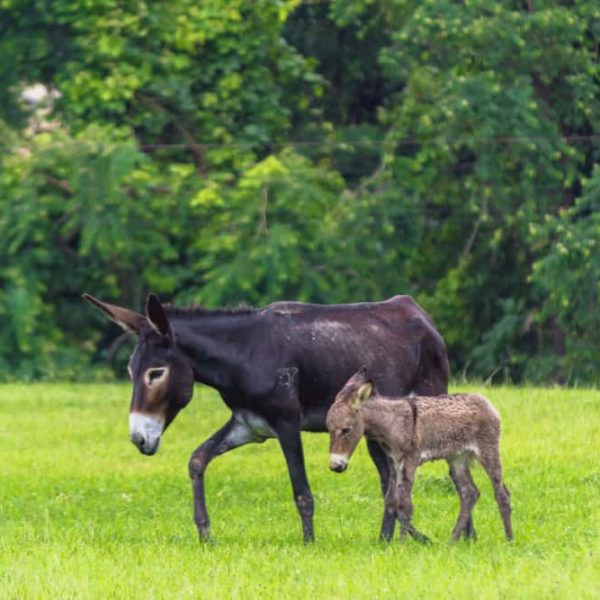 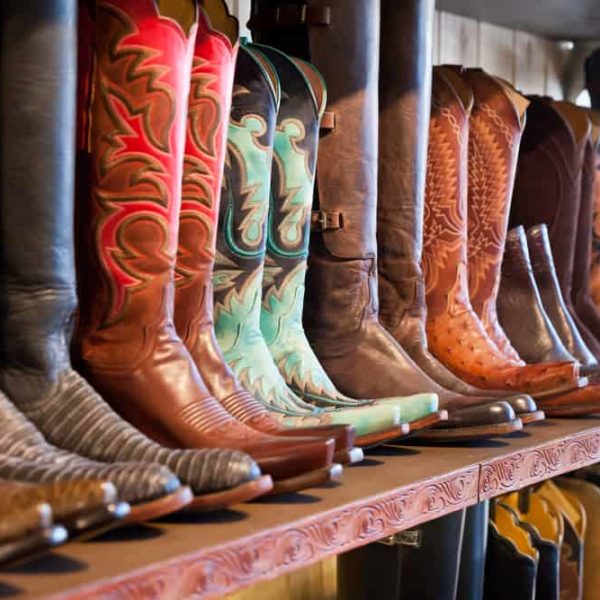