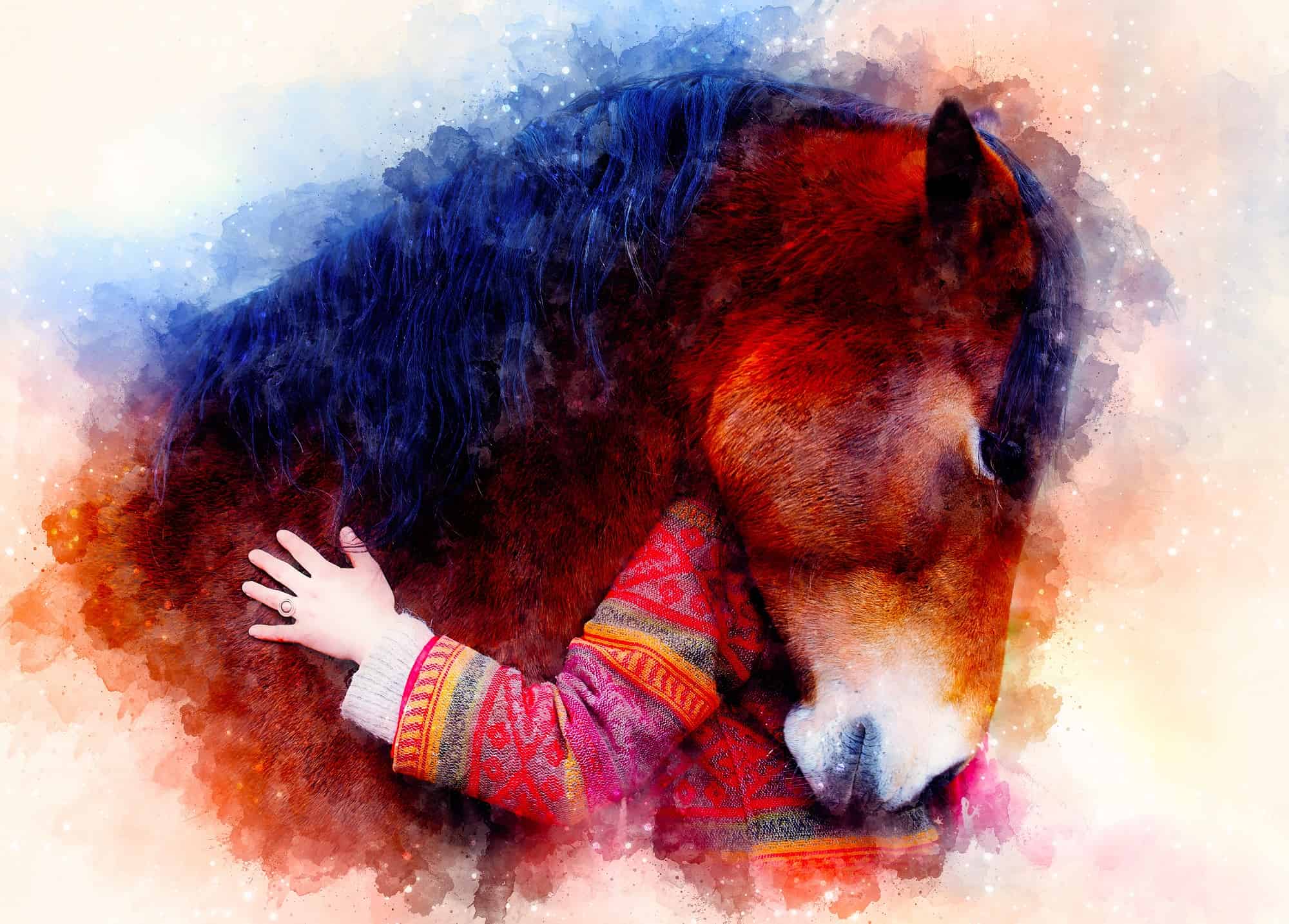 Do you find horses attractive? Are you naturally drawn to horses? Equines are, no doubt, some of the most eye-catching and fascinating animals known to humanity. But, aside from their unmatched beauty, horses have historically been part of the spiritual narrative of many societies.

Whether you are a Christian or Buddhist, Pagan or Muslim, you won’t miss a mention of the horse in your sacred texts, culture, and traditions.

If you are spiritually inclined and curious about the meaning of the horse, you have come to the right place. Read on to learn about the interesting things the horse symbolizes.

The horse symbolizes different things to different people. But, in almost all communities, this beloved animal represents strength, freedom, and intelligence. Horses are known for their stamina; they are tireless and can be relied upon to perform all sorts of activities from professional racing to heavy farm work.

Horses are also incredibly intelligent and sensitive to the emotions of their human companion. In many religious and spiritual texts and practices, the horse represents wisdom, which comes with age.

In addition, equines are the embodiment of freedom. If you have ever ridden a horse, with or without ropes, you can attest to the sense of freedom that comes with horseback riding. Dreaming about a horse, for example, could be a sign that you are longing for freedom and independence or freedom is coming your way soon.

Historically, communities and ancient kingdoms brought their horses to war. Communities that had the most horses generally came out victorious. This is one of the reasons why the horse symbolizes freedom in so many societies.

Equines have traditionally been used as a means of transport. Today, many communities have carried on with the culture of horseback riding. In other words, we depend on the horse to take us from one point to another, faithfully following our instructions.

A horse moves forward majestically at your cue. For this reason, an equine often symbolizes progress and forwardness, which can be a good sign, especially if you have been anticipating a breakthrough in any area of your life.

3. Divinity and Conqueror of Evil

In Eastern culture, the horse is viewed as a divine being; the animal is believed to be an embodiment or reincarnation of the universal god.

Mythical texts describe the horse as a messenger through whom the sutras or holy texts were brought to the Buddhists, introducing Buddhism to Eastern cultures. Today, it is common for those in the east to associate the horse with godly power and courage.

According to the Chinese Zodiac, the horse espouses faithfulness and nobility. The equine animal sign is known to be the eliminator of evil and immorality. In Chinese mythology, it is common to see the horse being depicted as having the power to fly, giving this animal an all-powerful, supernatural symbolism.

Eastern communities further believe that people whose zodiac sign is the horse are social, open-minded, reliable, and morally upright. 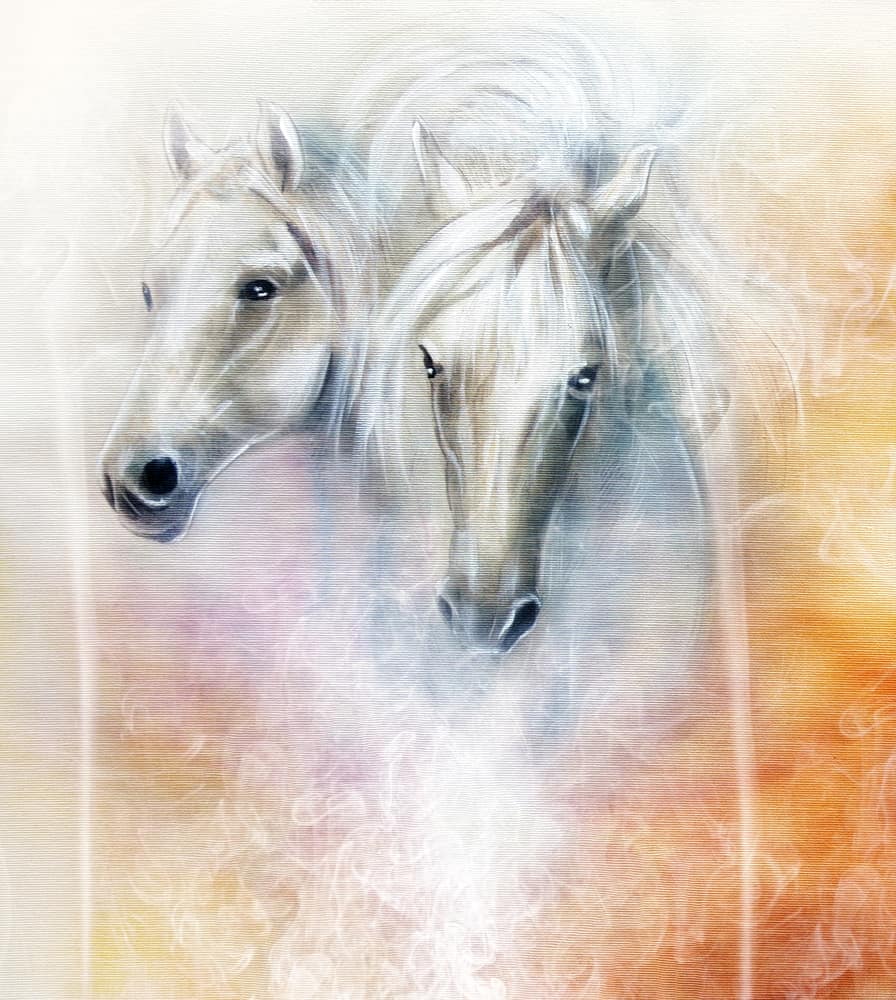 In western tradition, particularly in the Christian religion, the horse is associated with several sometimes contrasting meanings.

The black horse regularly appears in the Holy Bible and generally symbolizes death and destruction. A black equine is considered strong and courageous, but his power can also be destructive, bringing chaos, famine, and mass destruction.

In the Apocalypse, as described in the book of Revelation, four horsemen will appear from heaven in the ‘last days.’ These are the red, green, black, and white horses. The red horse espouses the god of war, while the green and black symbolize death, destruction, and endings. The white of the four horsemen is said to espouse life, wellbeing, and vitality.

In the Bible, it is said that Jesus the Christ will come back to earth on a white horse. Followers of the Christian religion believe that Christ’s second coming on a horse symbolizes his goal for returning to earth to restore justice and peace in a world filled with evil. A white horse also signifies holiness and purity of heart and mind, therefore its association with Christ.

Because of their strength and horsepower, equines are associated with vitality and sexual prowess in many cultures. In the spiritual realm, tantric sexual encounters are depicted as the highest form of self-actualization. It is common for the horse animal or horse totem to be used in such mythology.

It is believed that dreams that involve horses might symbolize the goings-on in your love life. Wild horses might be symbolic of an ongoing or blossoming love affair. The appearance of wild horses in your dreams could also symbolize sexual satisfaction derived from one’s involvement in an illicit relationship.

A horse may also be a symbol of a vibrant and committed relationship between two consenting people. It could be that you are desirous of a deeply satisfying sexual encounter, as is espoused by the tantric principles.

Al in all, if romantic love is a dominant theme in your life at any given moment, the appearance of a horse in either your dreams or waking hours might be a good sign.

That said, a black horse may not always be the bearer of good news for your romantic life. In some cultures, when a black horse appears in your dreams, it could be a sign of a new romantic partner or abundant wealth coming your way. However, in some instances, it could symbolize unrequited love. 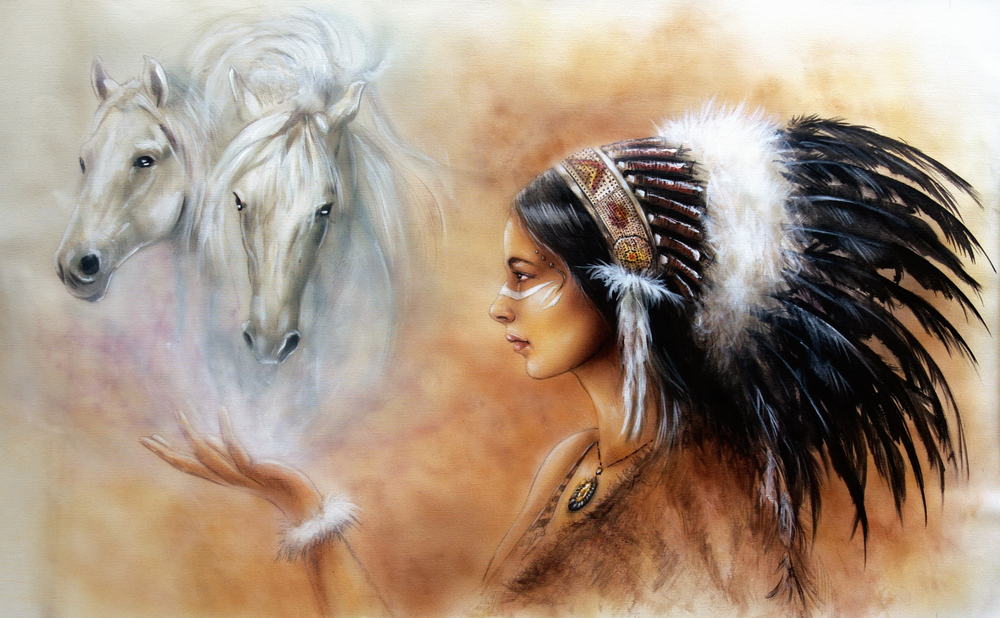 The horse played a central role in Celtic culture, including in the literature and oral and written mythology. One of the most dominant figures is the Horse goddess, a powerful, all-consuming horse symbol that espouses man’s ability to control, master, thrive, and get through life cycles: birth, death, afterlife, and rebirth.

The horse symbolizes mental prowess and resilience needed to navigate the comings and goings of the various phases of life. If you are open to receiving the message, the animal symbol will teach you the importance and self-practice of awareness and mindfulness.

Dominance over the life-death cycle doesn’t mean ‘playing God.’ Rather it means harnessing your naturally existing power and awareness of your mortality.

In addition to guiding you to navigate the four seasons, the horse may also symbolize mastery of skills and self-development. Horses are generally hard workers with a tireless spirit.

In the spiritual realm, the horse bears its burdens, symbolizing the need for you to learn how to focus on improving yourself as opposed to worrying about others who likely are uninterested in changing their situation.

It is also worth noting that despite its physical strength, the horse only carries what it can. When a horse spirit appears, it could be trying to urge you to drop burdens that are weighing you down.

Horses have historically been a mode of transportation, taking their riders far and wide into battles in foreign lands and in search of food for their families. Due to its association with travel, the horse spirit can be your guide into new, unexplored paths.

Equines can also be excellent jumpers; they know how to navigate each obstacle that comes their way. A horse spirit can inspire you to face the challenges in your life bravely and make you aware that you can overcome difficulties.

The horse’s fighting spirit will prompt you to summon your fierceness, rise above your self-imposed barriers and become the great person you were meant to be. When you encounter a horse spirit, you may be inspired to think about several important questions: where are you going? Are you open or closed to others? Are you moving? If not, why not? Are you thriving or just surviving?

Few animals are as beautiful/handsome, and hardworking as the horse. It is no surprise why equines make such great domestic companions. Aside from this, they also possess powerful spiritual symbolism that affects every aspect of our lives. Whether you are inclined to Western or Eastern culture, the horse is a universal representation of power, wisdom, and resilience.

1 thought on “7 Spiritual Meanings of the Horse”