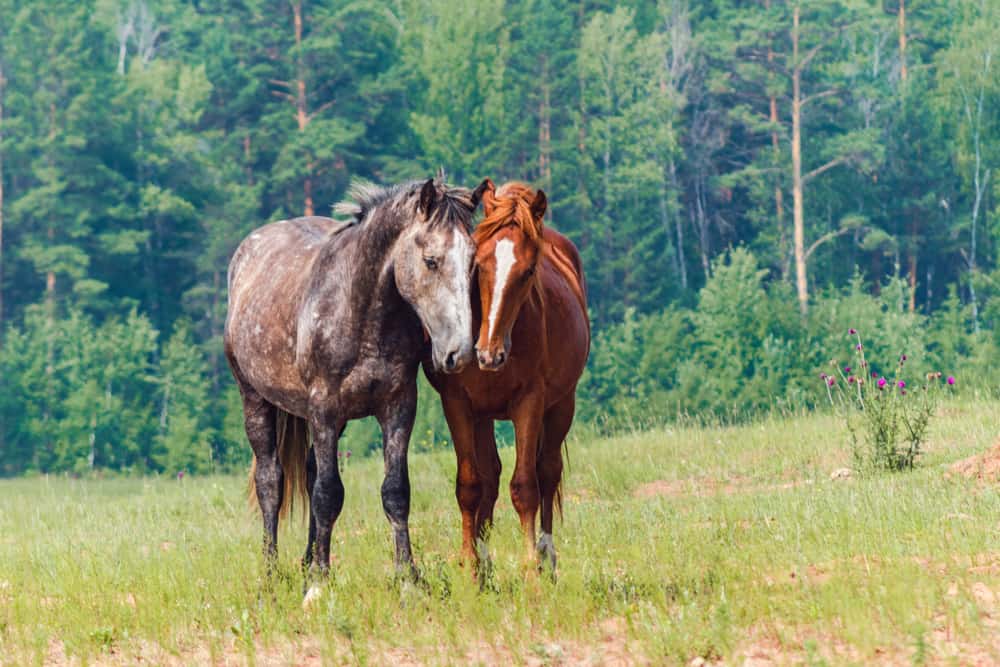 Did you know that more than one term can describe both male and female horses? Yes, any horse is a horse, but how does it feel about going deeper into the horse world?

Well, you are about to know more. We’ll talk about the horse genders: what is a colt, gelding, mare, filly, and stallion? When talking about horses, the terms people use for every gender is vital.

Also, it’s nice to know the terms if you plan to own a horse one day or if you already have one. So, if you are ready, let’s go straight to the names of gender horses. 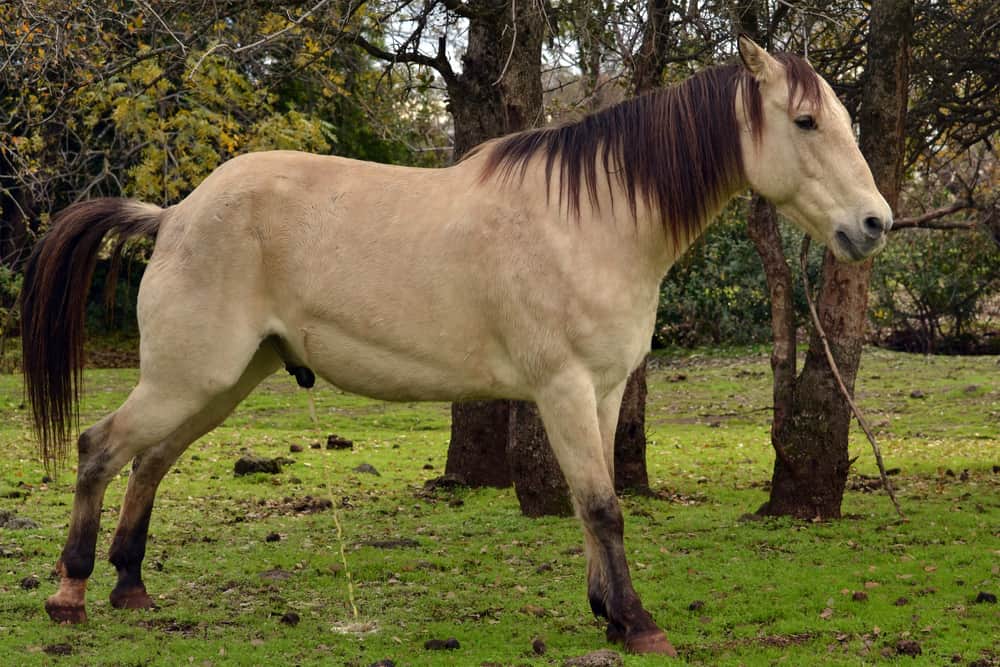 People use many terms to describe different kinds of male horses. Well, it’s because the terms show the age of the male horse. Also, the names show if the animal can help a mare give birth.

The names people use to call a male horse are gelding, colt, or stallion. It depends on if the male horse is castrated or not. Let’s start with the name colt.

What is a Colt?

Any horse under the age of four that you haven’t castrated yet is a colt. Before colts grow to be tough male horses, you can breed them. You can do this act even when the young horse is 12 to 14 months old.

Also, you can call any colt a foal. It’s a name that means a baby horse. Remember, every colt under one year old can be a foal. But not every foal can be a colt.

Every colt is always immature. The body features of such an animal are yet to come out. So, don’t expect a colt to have aggressive behavior even though you haven’t castrated it yet.

What is a Stallion?

This term stallion came from the French words that mean standing or putting something in place. Well, it’s because people put stallions in a stable. Also, they stay on a ranch to mate the mares.

So, the term stallion means a horse that can service a mare. It’s one that you haven’t castrated yet.

Remember, your horse has to be mature to be called a stallion. In most cases, stallions are over four years old.

Every stallion has fully grown testicles. Also, their necks are crustier. These horses have more muscles on their bodies than other male horses.

This feature on the horse’s body shows that it’s ready to help a mare give birth. But once it gives birth, you can call the stallion a sire.

But how do stallions behave? These animals can be challenging for you to handle. So, one would keep a stallion if they want to breed it.

Also, stallions can be aggressive. You’ll see this when it’s with people and even other horses.

As for the term gelding, it comes from the Norse language. It means a castrated person. If you see a horse is called a gelding, then know that it can’t service a mare.

Unlike the stallion, any male horse of any given age can be a gelding. You only have to castrate it. Most geldings range between 6 to 12 months.

The body features of these horses are like the opposite of a stallion. Since they don’t have testicles, don’t expect them to have more manly specs. Testicles carry testosterone that gives a horse the male behavior.

Geldings have a soft behavior. They’ll always give you an easy time as you handle them. Remember, geldings are the best type of horses to train. You’ll need less effort and skills to manage and prepare a gelding for a specific role.

You can confuse a gelding with a rig. A rig is a male horse that wasn’t born with any testicles or one that you castrated in a wrong way. It has the same body looks and behaviors as that of a gelding.

This type of male horse has one or both testicles which haven’t grown down to the scrotum. Well, it’s because the heat that comes from their bodies makes them infertile.

But these horses can have a bit of a ‘stallion behavior.’ Cryptorchid horses can grow to have strong and built muscles like the stallions. Also, these animals may not be comfortable.

You’ll need a vet to come and remove the hidden testicle with a problem through surgery. From here, you will choose whether to castrate it or not. 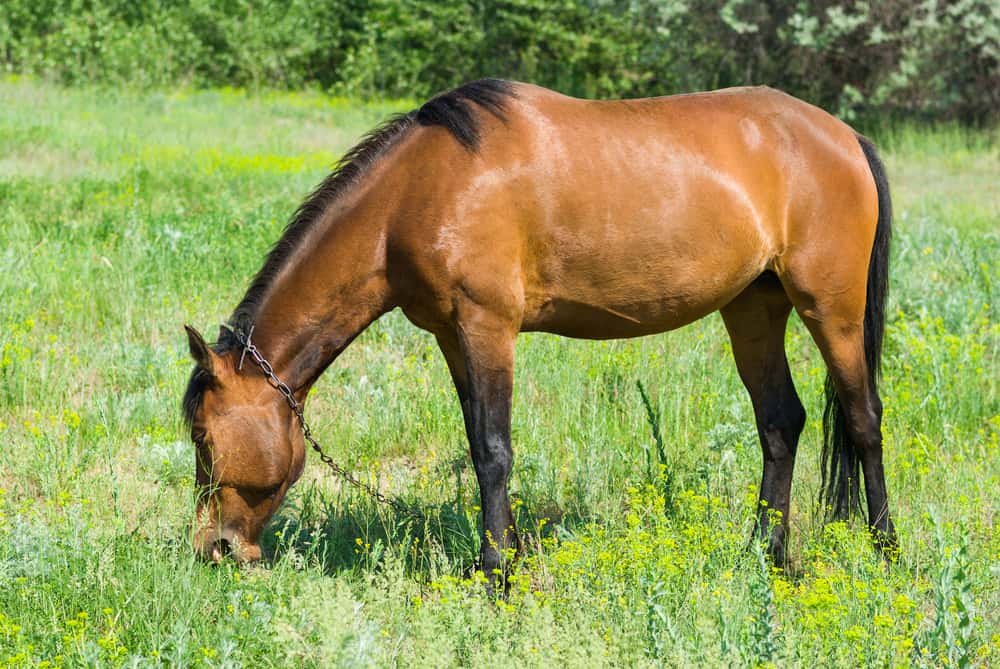 Unlike the male horses, the female gender horses have a few terms to describe them in the equine family. But like the horses, these terms show the horse’s gender, purpose, and age. Read on as we start with the meaning of a filly.

Any female horse under four years is a filly. But some people would call their horse fillies until when they are five years old.

You can also call your filly a foal. That will be if the horse is under one year old.

The four or five years of a filly is maturity related to the physical growth. But remember, a filly two years old can give birth to a foal. Well, it’s never healthy.

Before a filly hits five years, you can even use it for a horse race. There are race categories for foals across the world. Mostly, fillies tend to come out as winners.

If you are looking for good company in horses, fillies will do you well. It is because these animals are gentle while young.

What is a Mare?

When someone tells you that this horse is a mare, know that it’s a female adult horse. These animals tend to grow faster than males.

So, expect a female horse to become an adult at three years. However, some people prefer to wait when the horse reaches 4 or 5 years old.

It’s scarce for one to spay a female horse. If you castrate a female horse, don’t expect it to have any particular term like that of horses.

The adult female horses will give you a tough time, especially when they are moody. Remember, not all mares are the same.

Even though they don’t have strong muscles like stallions, mares will give you an easy time as you train them for horse racing events. Also, you’ll enjoy teaching them to have a specific trait for the competition.

Still on their behavior, if you have a herd with mares, expect them to be more relaxed. It means that it’s much easier to enjoy more of their company.

What about a horse dam? In the equine family, a dam means the mother to a horse.

This female horse is one that people use to breed horses. Once horses start to mature with lovely characters, you can use it especially to pass the specs to new horses.

Remember, for a horse to be a broodmare, it shouldn’t work, race, or be used for shows. So, the primary role of this female horse is to breed and give birth to new ones.

Yes! You can also use the horse for another purpose before it becomes a broodmare. For example, if you always use the mare to race, the horse has to retire before becoming a broodmare.

People often turn mares into broodmares when they and injury or can’t ride well in competitions. The horse will still give birth to happy and healthy foals.

You can call both a female and male horse of any age. But if you aren’t sure of its specs, it’s simple. Call it a horse. So, let’s look at these common terms.

Any baby horse is a foal. It only has to be less than 12 months old. But once the baby horse grows beyond 12 months, the term now changes depending on the body features and roles.

A weanling is a horse that is no longer at the suckling stage. It ranges from six months to 12 months old. It’s when you introduce the animal to other foods and supplements.

It’s a horse, male or female, between one to two years of age. It doesn’t matter the condition of the horse.

Here, expect to see more body growth. But you can’t breed or ride the horse.

Many terms describe the horse’s gender. The male horses have more names than the female ones. It’s because the words come after you sterilize a male one.

You can know the gender term of any horse by looking at the body features of the horse. Also, the behavior of the horse will help you.

There are names you can use to describe both the female and male horse simultaneously. But these will mostly work while the horses are still young.

So, what new horse’s term have you learned? Can you now identify any female or male horse given to you? Feel free to share your thoughts.