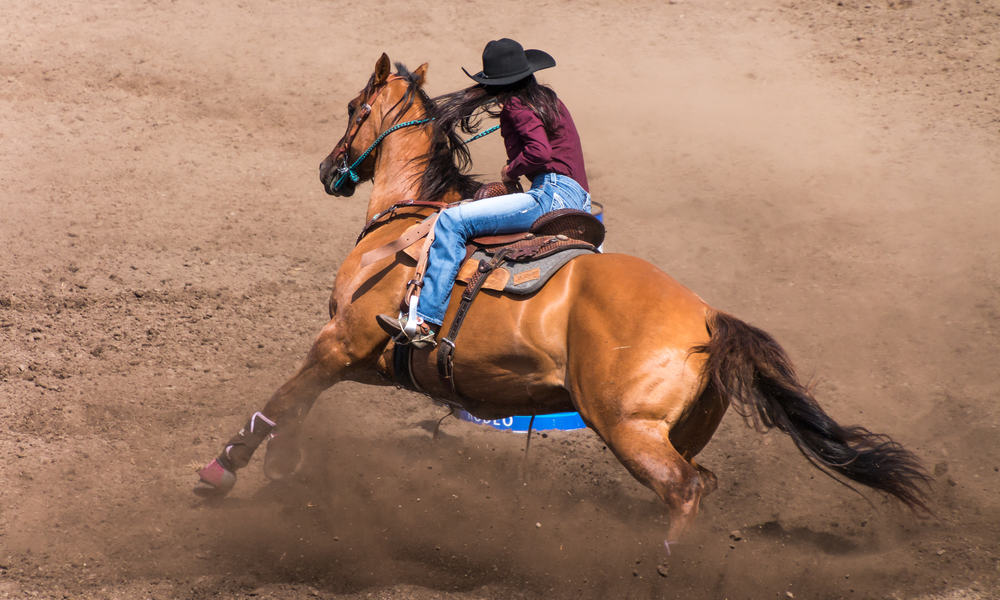 Type “famous cowgirls” into one popular search engine, and you’ll find photo after photo – of men. But while they aren’t all as famous as their male counterparts, plenty of amazing women have lived the cowgirl dream.

We’re here to shine the spotlight on some of them. And we’ll also take a look at some of the female outlaws of the Old West.

Ready to find out more? Sit back and enjoy our round-up of 13 of the most famous cowgirls in history. 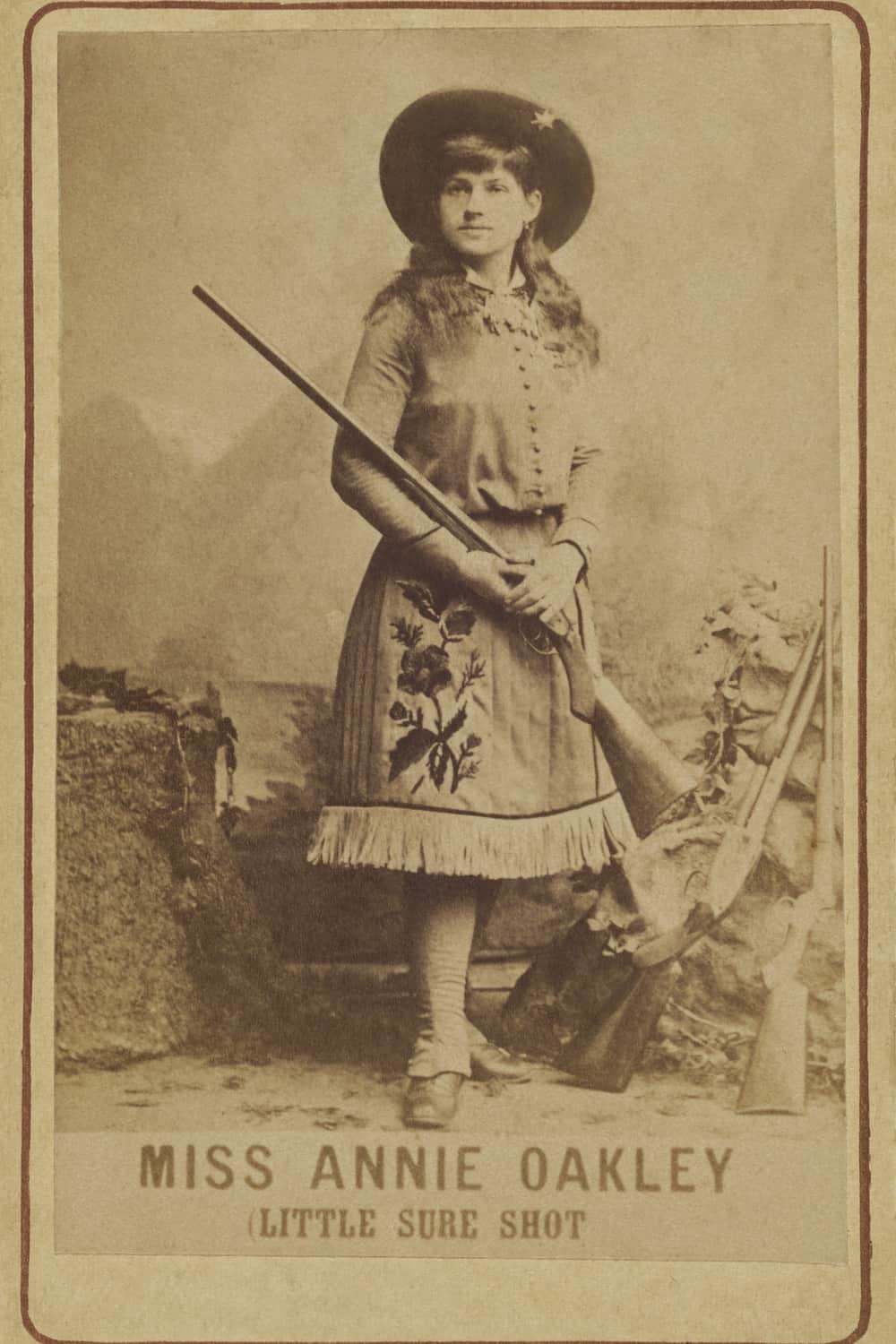 Perhaps the most famous cowgirl of them all, Annie Oakley was born Phoebe Ann Moses in August 1860. Growing up in a poor family in Ohio, she learned to hunt to help her family survive.

At the age of 15, her sharpshooting skills saw her win a shooting competition. She beat the famed marksman Frank E. Butler, a man she would go on to marry. The pair later joined Buffalo Bill’s Wild West Show, performing in front of crowds that included the great and good of the day.

Annie was so successful that she was the highest earning act after Bill himself. She retired from shooting after a bad rail accident, but went on tour in a play about her life. She also trained many women how to shoot, believing passionately in the importance of self-defense.

She died at the age of 66 in Greenville, Ohio. The famous musical, Annie Get Your Gun is based on her life.

She was born in 1912 and grew up on a ranch in Reno, Nevada. She was 38 years old when she witnessed a truck overladen with horses in appalling conditions. She followed it to a slaughterhouse, where she discovered the horses were wild animals, rounded up from state and private lands.

Horrified at their treatment, she lobbied for changes to the law. Her campaigning won new legal protection for wild horses.

In 1971, her work culminated in the passage of the Wild and Free-Roaming Horses and Burros Act. This made it illegal to capture, injure or disturb the animals anywhere in the USA. 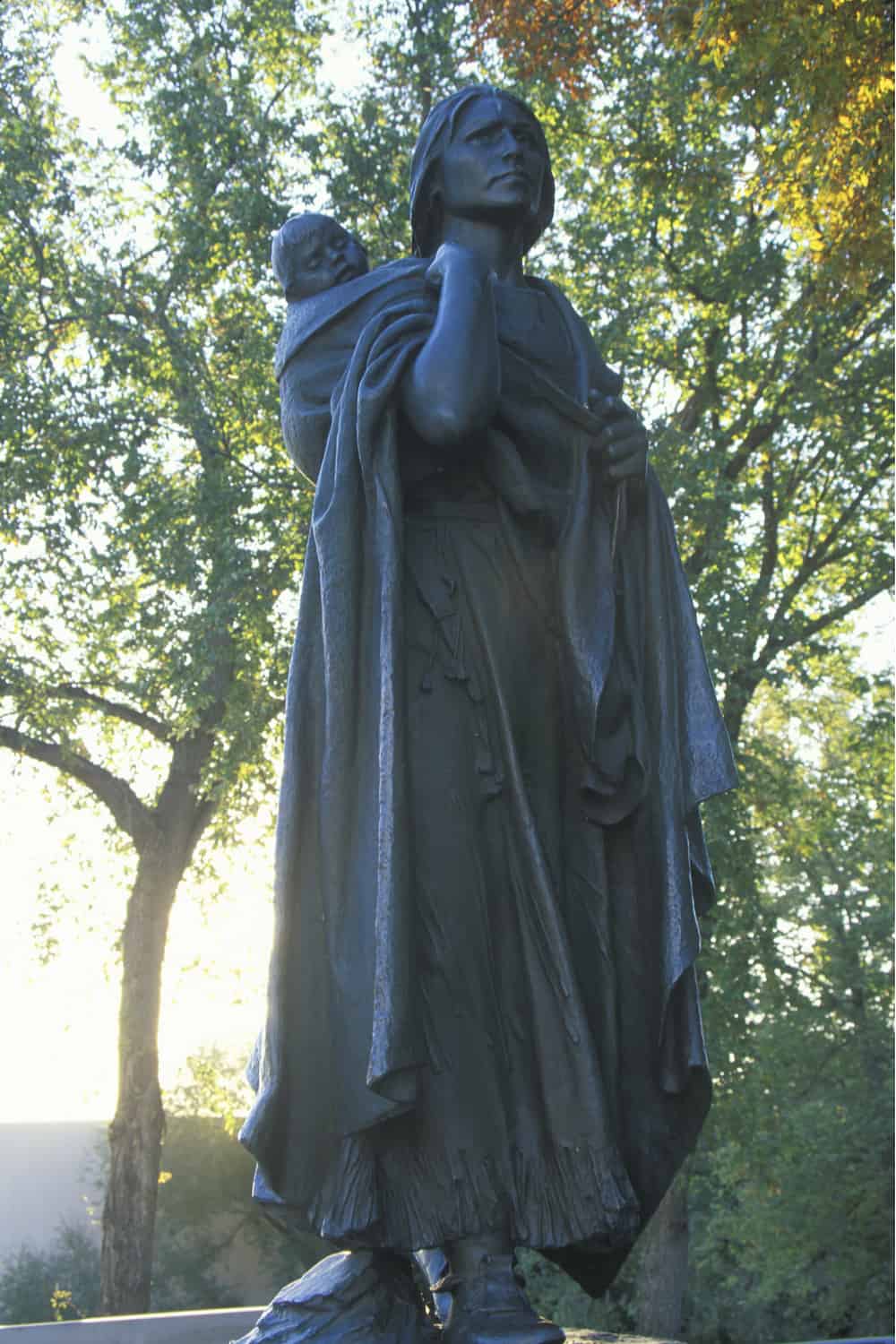 Sacagawea was a native American woman who demonstrated serious cowgirl attitude. Without her, the famous Lewis and Clark expedition might never have achieved its objectives.

She was a member of the Lemhi Shoshone tribe. Her husband was engaged by Lewis and Clark as a guide. But it was Sacagawea who played a central role as interpreter, mediator and guide. She helped secure supplies for the expedition, and taught the party about edible plants.

Perhaps just as importantly, her presence and that of her young son demonstrated to the tribes that the expedition was not a threat. No woman, it was thought, would ever have been part of a war party. 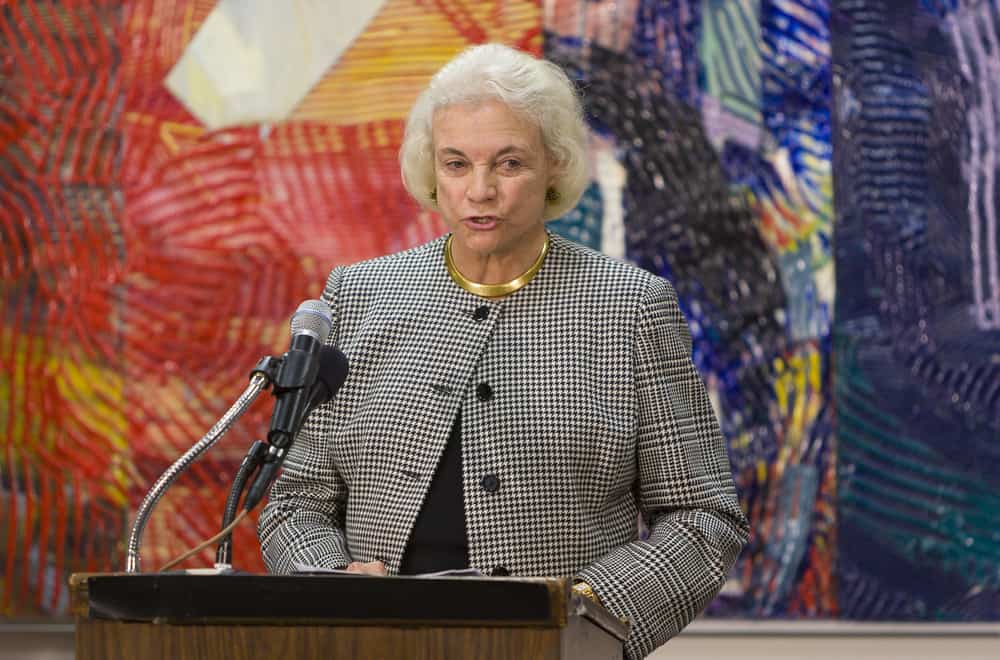 Sandra Day O’Connor is renowned as the first ever female justice in the US Supreme Court. But what you might now know is that she was born and bred a cowgirl.

She grew up on a ranch in Arizona, riding horses, shooting and learning about the land. Her cowgirl roots were acknowledged by the National Cowgirl Hall of Fame in Fort Worth, Texas, which displayed her Supreme Court robe.

Sandra’s pioneer spirit extended to her work as a lawyer and judge. She combated sexism throughout her career, forging a path that would allow other women to follow.

She has also been an advocate for sufferers of Alzheimer’s Disease and their families, after her own husband died of the disesase. 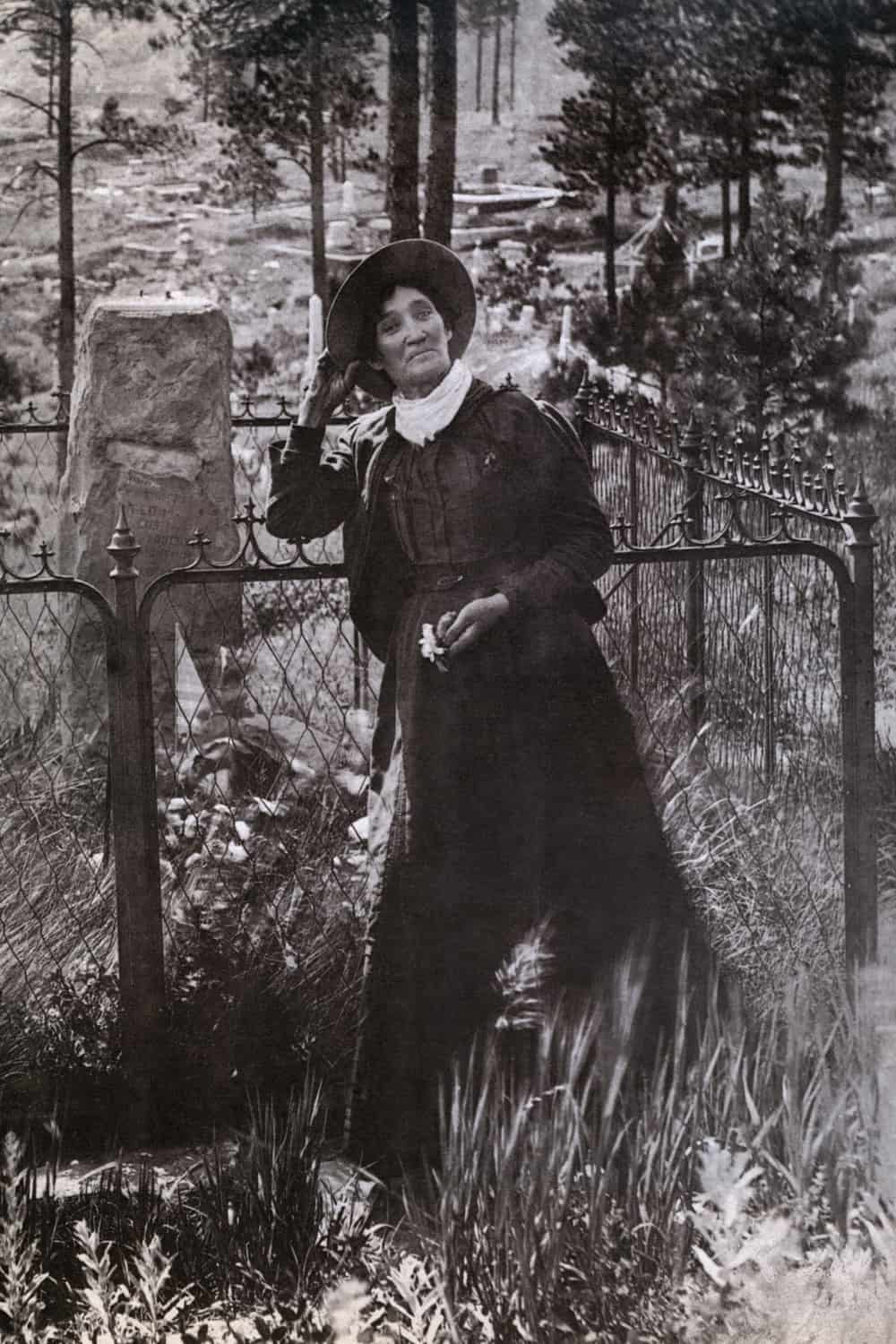 Calamity Jane was born Martha Jane Canary in Missouri in the middle of the nineteenth century. Her family were poor, and she was the eldest of six children.

The family moved to Montana in about 1865, a journey that would have taken about five months. By the time they arrived, Jane had gained expert skills as a sharpshooter.

Her nickname reportedly came around a decade later. Jane claimed it was conferred on her by a Captain Eagan, whom she had saved after he was shot by Native Americans. Others believe she was given the name on account of her warning men that to offend her was to “court calamity”.

Her life has been the subject of numerous myths and legends, most promulgated by Jane herself. There were rumors of an affair with Wild Bill Hickok. She claimed that she had avenged his death by pursuing his murderer with a meat cleaver.

Rose Dunn was also known as “Rose of Cimarron”. She was born in 1878 to a poor family in Ohio. She had two brothers, both of whom were small-time outlaws. It was from them that Rose learned to ride, rope and shoot.

At around 14 or 15 years old, she met George “Bittercreek” Newcomb. Newcomb was a wanted man, and he and Rose became romantically involved. She brought him the supplies he was unable to get himself, and was popular with Newcomb’s gang.

That whole gang was involved in a firefight with US marshalls in 1893. Rose is reported to have brought the wounded Newcomb a rifle and ammunition, and helped him to escape. She then hid out with him and the rest of the gang, nursing their injuries.

By then, her brothers had become bounty hunters. It was they who eventually tracked down and killed Newcombe. Rose herself came under suspicion for having betrayed his whereabouts, but both she and her brothers denied this.

She later married a local politician, leaving behind her outlaw life. She died in Washington at the age of 76.

Pearl Hart was born Pearl Taylor in Ontario, Canada. She is infamous for committing one of the last stagecoach robberies in the United States.

Unlike many other female outlaws, Pearl’s family were prosperous, and she was well educated. But at 16 years old she met and eloped with a man named Hart. He abused her, but their on-again, off-again relationship lasted for many years.

Pearl became fascinated with the cowgirl lifestyle after watching Buffalo Bill’s Wild West Show. She travelled from place to place, working as a cook, a singer, and possibly a prostitute.

In 1898, she joined forces with a man known as Joe Boot and robbed a stagecoach. The two were apprehended shortly afterwards. Hart broke out of jail, but was soon recaptured.

At her trial, she claimed she had been trying to raise money to visit her ill mother. To the horror of the judge, the jury acquitted both her and Boot. But they were rearrested almost immediately, this time on charges of tampering with the mail.

Hart was sentenced to five years, but was pardoned before serving her full sentence. She married again and lived relatively quietly with her second husband for some 50 years.

Ellen Liddy Watson was known as Cattle Kate. She was lynched, allegedly for rustling cattle, at the age of 29.

Ellen had married a man named Jim Averell. He was in the process of buying his own homestead, but Ellen also wanted her own land. It was illegal for the same household to have more than one homestead, so Ellen purchased land under a false name.

The purchase enraged their neighbors, in particular one Albert Bothwell, who had been using the land for his own cattle. So began a feud which intensified when Ellen fenced off the land and installed her own livestock.

In 1989, Bothwell and a mob stormed Ellen’s homestead, drove away her cattle and finally lynched her and her husband.

For many years, the story went that she had been lynched on account of crimes including sex work, theft and cattle rustling. But it’s more likely that her “crime” was simply buying – and defending – land to which Bothwell thought he was entitled.

Belle Star started life as Myra Maybelle Shirley. She was born in Missouri in 1848 to a relatively affluent family. In 1864, the family moved to Texas. It was reputedly there that they came to know a number of Missouri-born outlaws.

Belle married a man named Jim Reed. She became an expert shot and rode side saddle. When Reed was wanted for murder, the family moved to California, before returning to Texas. Reed was killed, and Belle married Sam Starr, a Cherokee man involved in cattle rustling,

She quickly learned how to support Sam’s activities. The business proved lucrative before the pair were arrested and charged with horse theft. Both went to prison. After Sam’s release, he was shot dead in a gunfight. His death brought an end to Belle’s life as an outlaw.

Three years later, she was shot and killed as she returned home from visiting a neighbor. There are various theories about her murder, and even disagreement about whether anyone was ever convicted of the crime.

Eleanor Dumont was known by the nickname “Madam Moustache” on account of the dark hair on her upper lip. She was well known as a card dealer, and opened her own gambling house in Nevada City. Only well-dressed men were allowed in – and no women!

She later moved from town to town, setting up gambling parlors. Eventually, she also ran brothels, usually in the same towns.

Later in life, she bought a ranch and livestock. She fell in love with a man named Jack McKnight, a con artist who tricked her out of her money and left her two years later. She died, apparently of suicide, after a misjudged play ended with her owing a large sum of money, 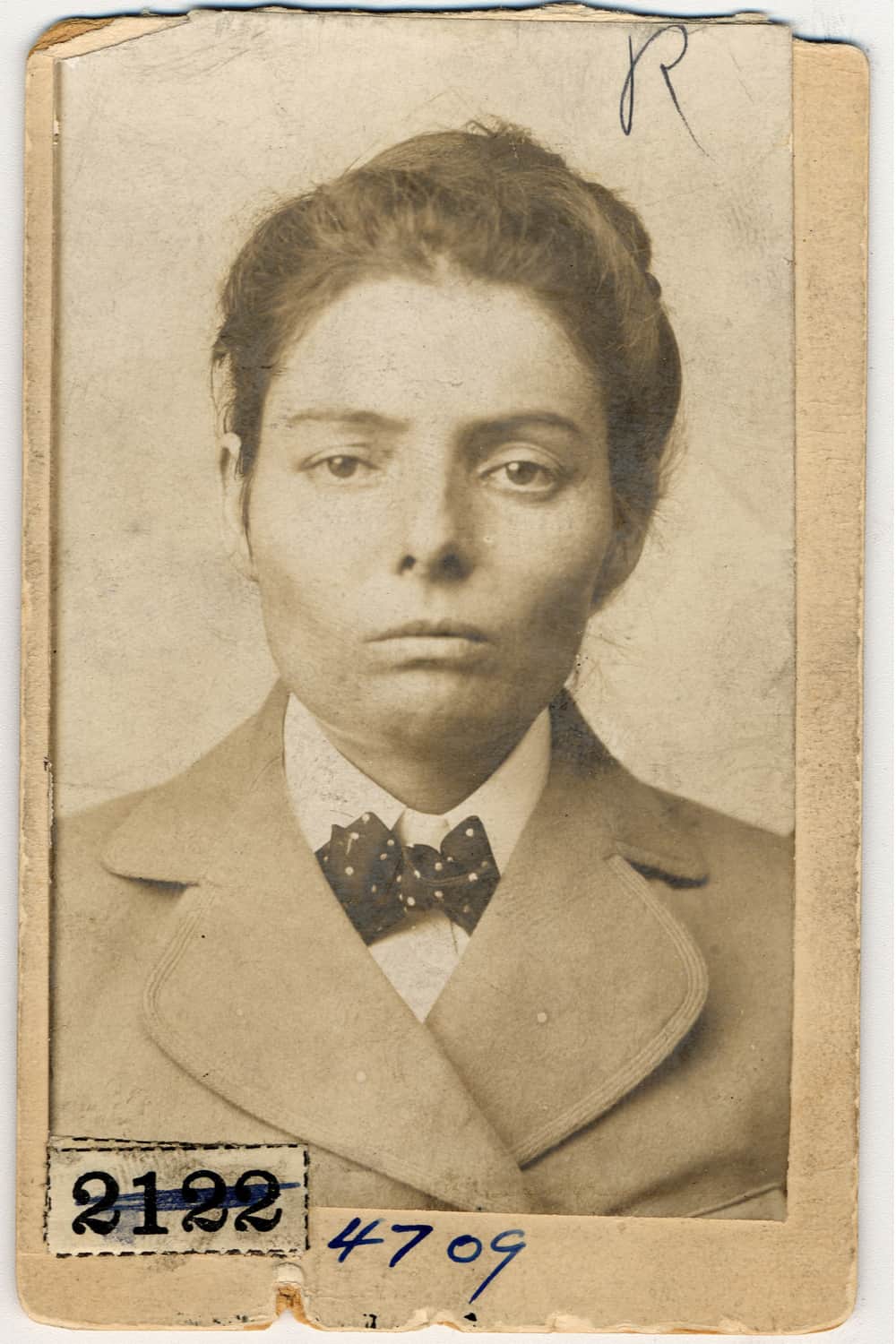 Laura Bullion was a member of Butch Cassidy’s infamous Wild Bunch. Her father had been an outlaw too. And she was in a relationship with yet another outlaw, Ben Kilpatrick, for many years.

Kilpatrick and the gang robbed trains, and Laura helped them by fencing stolen goods and organising supplies. She was arrested in 1901 for her role in the Great Northern train robbery. She was found with a suitcase full of unsigned bank notes stolen from the train.

Both she and Kilpatrick were convicted of the crime. Laura was sentenced to five years, and released after serving three and a half.

Kilpatrick’s sentence was considerably longer. The two corresponded, but never saw each other again. Kilpatrick was killed robbing a train a year after his release from prison.

In later years, Laura seems to have gone straight, working as a seamstress and interior decorator. She died of heart disease in 1961, the last surviving member of the Wild Bunch.

Lucille Mulhall was a famous cowgirl, and amongst the first women to compete against men in roping and riding events. Her exploits earned her nicknames including the Queen of the Saddle and the Rodeo Queen.

She was born in 1885 in St Louis, Missouri. After performing in various Wild West shows and rodeos, she formed her own troupe in 1913. Three years later, she went on to produce her own rodeo.

She retired in 1922, and moved back to her family’s ranch in Oklahoma. She died 18 years later in a road accident.

May Lillie was born Mary Manning in 1869 in Philadelphia. She met Gordon William Lillie, who was famous as the showman Pawnee Bill, when she was 17. The couple married later that year.

Her husband gave her a pony and rifle as a wedding present. Just a few months later she starred in his Wild West show, shooting from horseback. She was one of the first female equestrians to participate in such shows.

In 1889, May had to have two fingers amputated after a shooting accident.

After years of performing, she and Gordon bought a ranch in Pawnee, Oklahoma. Gordon continued touring, while May ran the ranch. She was also active in conservation, working to protect the American bison.

That brings us to the end of our look at famous cowgirls – and some infamous outlaws to boot! Our list proves that women can be every bit as successful as men, whether they’re heroes or villains!

We hope you’ve enjoyed learning more about their exploits.