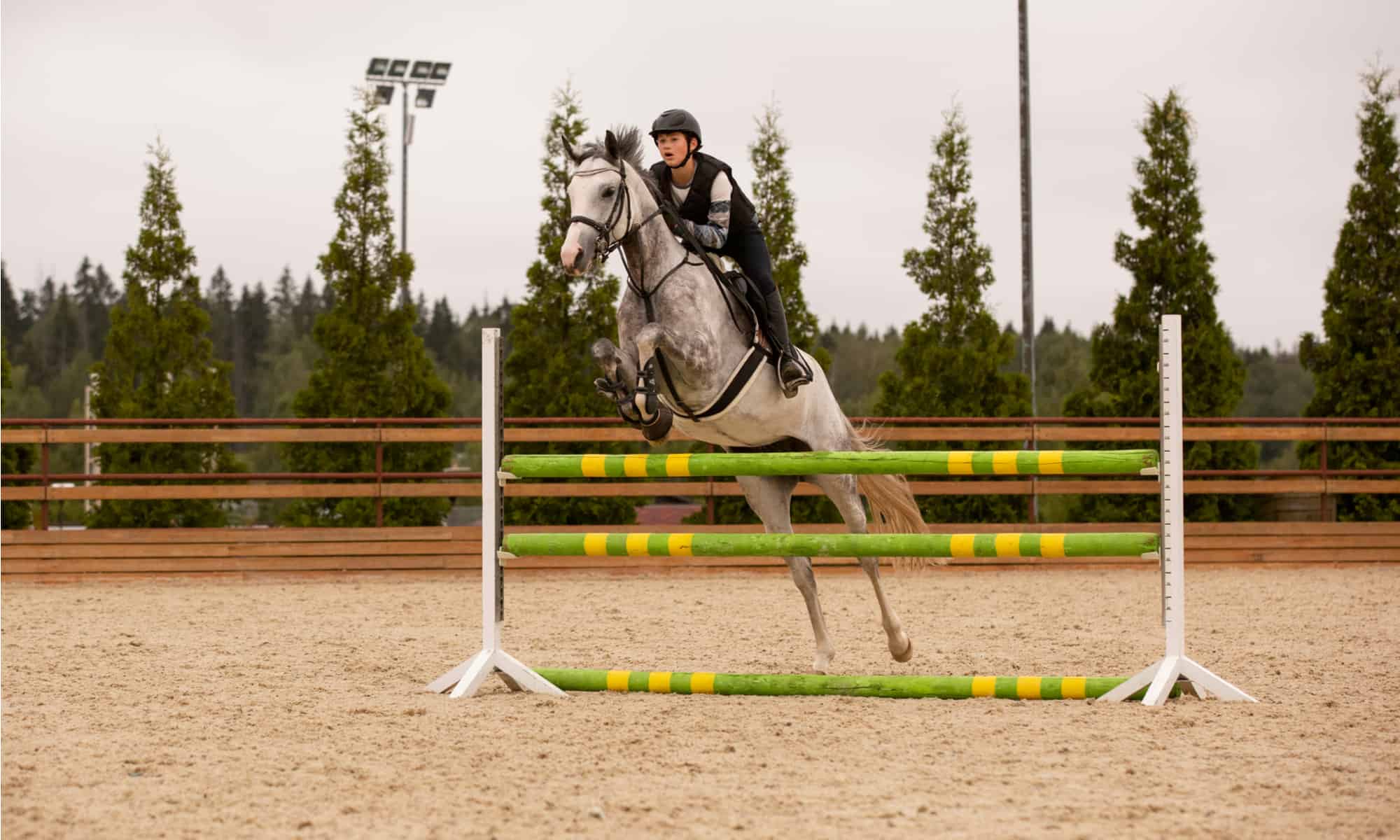 Horses, being a prey species, are often afraid of any encounters that appear to be a threat – they are always vigilant and ready to run for their lives.

While this trait can be beneficial in getting the animal out of danger, horses that easily get frightened can be more difficult to handle, not to mention unsafe to ride.

If your horse jumps at everything and you have been looking for ways to make them feel more relaxed in various scenarios, this post provides several pointers on how to desensitize a horse that you may find useful. Check it out!

Why It’s Important to Desensitize a Horse

Desensitizing means making something less sensitive. Thus, desensitizing a horse is simply training the animal to become less spooky when presented with situations that they may consider dangerous.

A horse that has been desensitized and is not afraid of anything is commonly referred to as bombproof, coined from the idea that a bomb or any other loud explosive could go off near the horse and it won’t even budge.

There are a couple of reasons why horse owners desensitize, or rather, bombproof their equines, but the most common is to make the animal safe and easier to handle. A desensitized horse is able to control its natural flight instinct much better, making them much safer to ride.

Also, as you train your horse to be more chilled-out, the bond between you two grows stronger, which makes you more confident in your rides.

How to Desensitize Your Horse to Various Objects

Horses are different, and what object one may find terrifying may not be terrifying to another. As such, not all desensitizing techniques will work for all horses. As a general rule of thumb, however, all horses should be desensitized to the following:

1. Things That Touch Their Skin 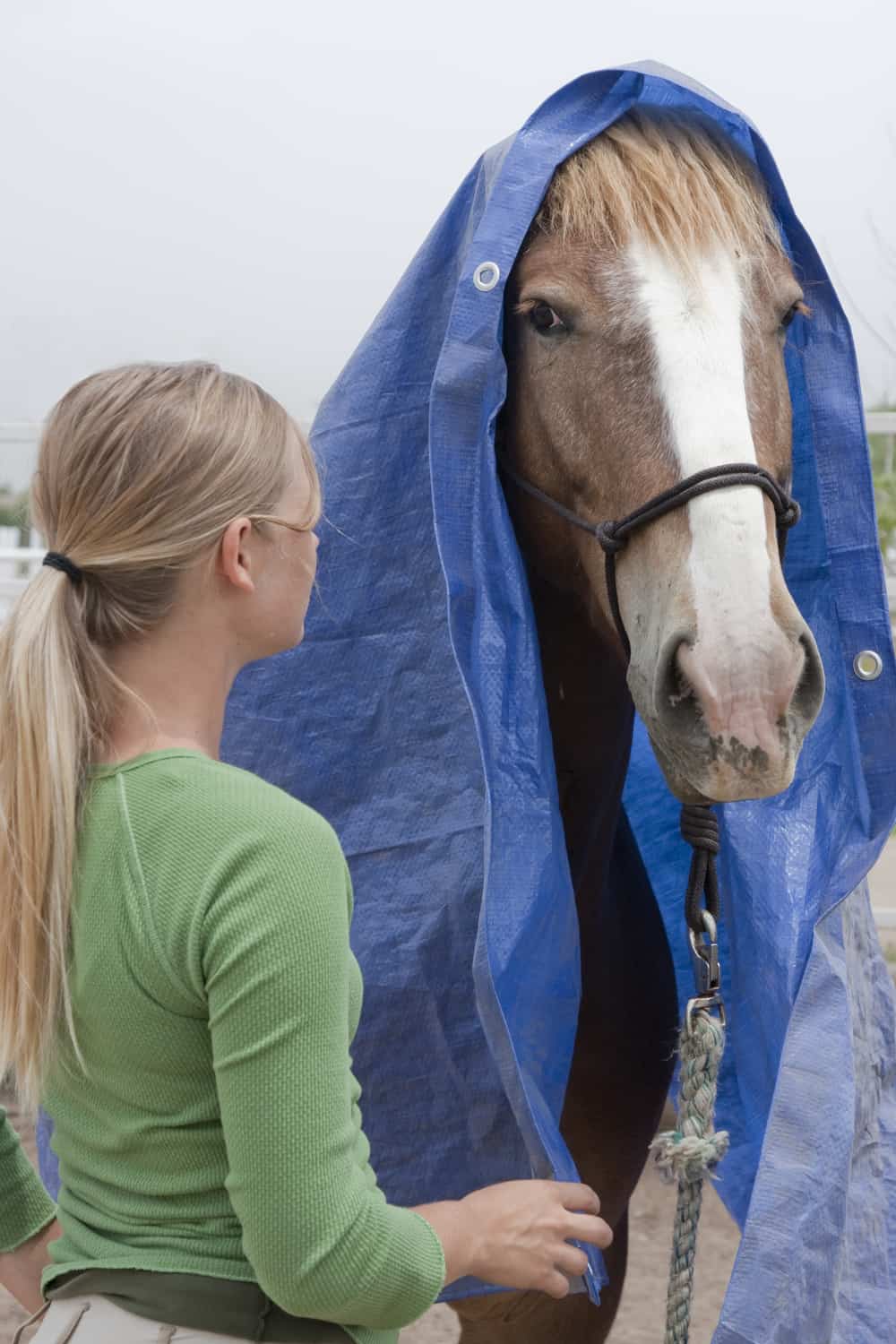 Sometimes horses will be hyper-sensitive to objects touching them like the whip, reins, or even your hands. The most effective way to teach a horse not to overreact to touch is by using both a plastic bag and a tarpaulin (tarp).

To get started, grab a plastic bag and gently rub it over the equine’s body. The horse may try to run away from the bag, but don’t stop. Follow their movement and keep rubbing until they stop trying to flee. Once they have relaxed, get rid of the bag and give them a treat.

But don’t stop there yet. Push the horse a little further by making the plastic bag more intimidating. Simply attach the bag to the tip of a schooling whip and continue touching them with the bag that is now tied to the whip. Focus more on the belly, legs, and hindquarters; they are the most vulnerable and sensitive parts of the equine’s body.

When the horse gets comfortable being around the plastic bag, introduce a tarp and apply the same technique you applied with the plastic bag. If they walk away, follow their movement.

Once they get familiar with the tarp touching their body, attach the tarp to the lead rein and signal the animal to walk around you. If they get frightened, detach the tarp from the rein and repeat the process, rubbing the horse’s body all over again.

With continued practice, the horse will eventually accept the tarp even on their back and will be able to walk around wearing it. Now, train the horse to walk over the tarp and your job is done.

Horses will often be scared of things they haven’t seen before. It could be something as big as another horse’s cart parked on the trail to something as small as a new mane detangler lying on the floor of the wash bay.

If your horse spooks when they see that specific object, all their attention will shift to the item and the first thing that will come to their mind is to run to safety. If there is nowhere to run, the animal will get jumpy and restless, or even violent.

The best way to help your horse overcome their fear of the object is to take them to the object. And because they are still afraid, they may halt to look at the item. If they don’t want to go near the object, don’t try to force them. Instead, lead them to a place further away from the scary area.

Gradually, move the horse closer to the object and reward them whenever they stop concentrating on the object and focus on you. Do the exercise again the following day, keeping each session as short as possible. Eventually, the animal will realize that the object is not dangerous and will stop paying attention to it. 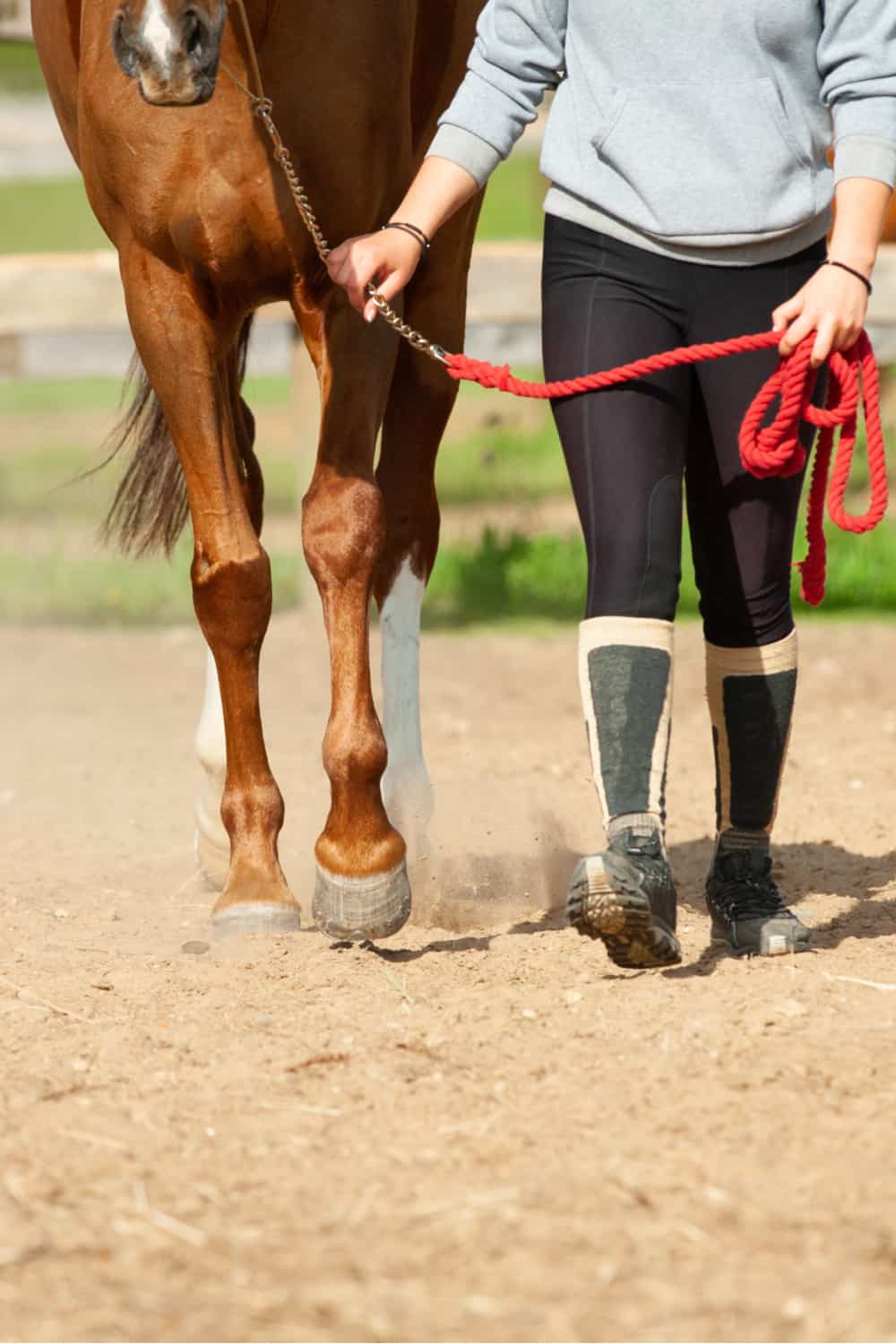 If you have an upcoming equine activity and are worried that your animal may be spooked by the activities or event venue, it’s important that you start training them early on how to stay chilled-out in such situations.

Horse shows usually have thousands of people moving around the arenas and working areas, which can get some horses agitated. Unfortunately, the only way to make your horse feel comfortable around such venues is to keep taking them to shows.

If you suspect that certain activity in the venue will spook them, get there early so they can have enough time to get used to things before they undertake the activity.

Alternatively, invite a group of friends to your yard where you train the horse. For successful horse training, you will want to ask them to bring their kids, dogs, and anything else that is capable of making lots of noise. This diversion will go a long way in preparing the horse for the event venue.

Eventually, the horse will realize that the interferences created by your army of volunteers are not a threat, which will help them step into the competitions more confidently.

There are some noises that can agitate and spook a horse. A good example is a sudden public address system announcement or a sound of applause at competitions. Such noises can scare horses that are not familiar with them, triggering their flight instinct.

To help your horse endure noise-induced scenarios without getting offended, record the startling sound and play it regularly to them. You can play it during your rides, in the paddock, outside the stable, and any other place your horse spends their time. Over time, the animal will learn that the sound is not scary at all.

Want to learn more about desensitizing a horse? Watch this video.

Additional Tips to Desensitize a Horse

When it comes to bombproofing your horse, it is imperative that you spend enough time on every exercise.

Even if the animal doesn’t seem to grasp the concept as fast as you would like them to, don’t rush them. You may think that pushing your horse will get the training done quickly, but in the real sense, it will only increase the animal’s fear even more.

Start with simple exercises and work your way up as the equine’s confidence grows. Also, always set sufficient time for each session so you are not tempted to rush the animal.

6. Train With a Specific Goal In Mind 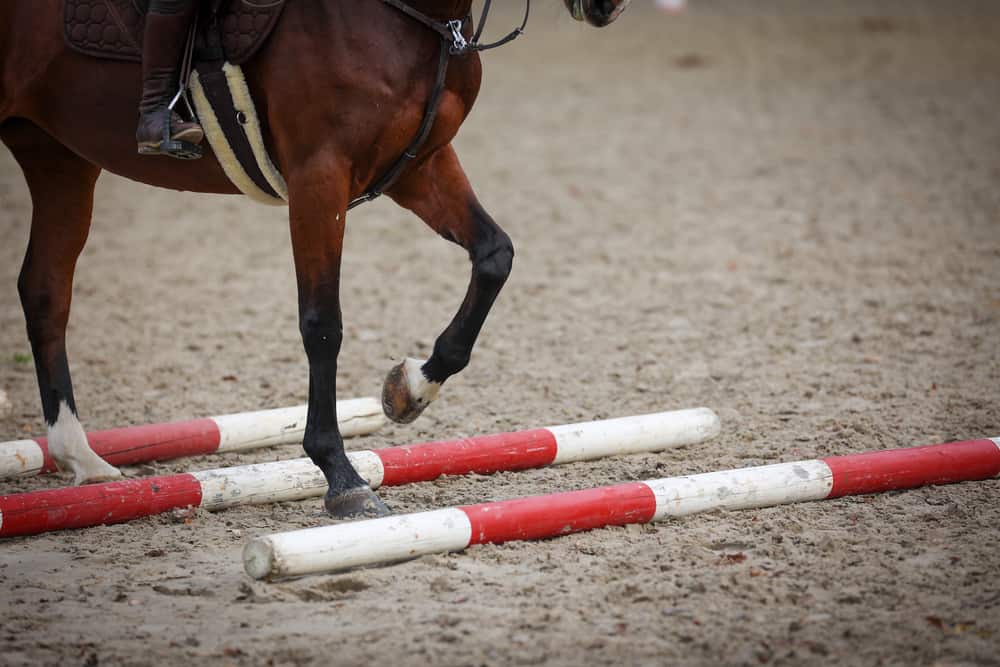 Don’t start your desensitizing sessions without a plan. Set small goals so you can know what your horse has achieved and what they still need to work on. It will also keep you from rushing them.

And don’t be afraid to go back a few steps, if needed. Sometimes the success of the sessions will depend on the animal’s mood. You will make some progress today and encounter a setback tomorrow, but such is life.

If the horse doesn’t seem to cooperate with the exercise, don’t panic. Take a step back and try to get them comfortable before starting again.

Horses can read human emotions and will sense when you are happy, upset, or frightened. Thus, if you start your desensitizing session with your emotions all over the place, the animal will mirror you and won’t pay much attention to the training. So, even if you are nervous, try to keep calm and your horse will return the favor.

Horses, like most tamed animals, learn by routine. If you are serious about desensitizing your horse, just one session won’t cut it. You ought to introduce the offending object to the animal over and over again on different days, at different times; it’s the only way they will get used to it and be able to overcome their fear.

A horse that reacts super sensitively to situations can be difficult to handle, which can put the rider in danger. Luckily, desensitizing a horse is easy and can be done even by a person who has no prior experience in riding.

Just make sure to remain calm during the sessions, give the horse enough time to learn and get acquainted with the offending object, and importantly, train regularly. Also, don’t rush the animal, as this will only increase their fear of the object.